Is Karan Johar Directing Alia Bhatt And Janhvi Kapoor In His Next Film? The Truth Here

Several unconfirmed reports suggested Karan Johar, who is producing Janhvi's Dhadak, will direct her soon and Alia will co-star with her 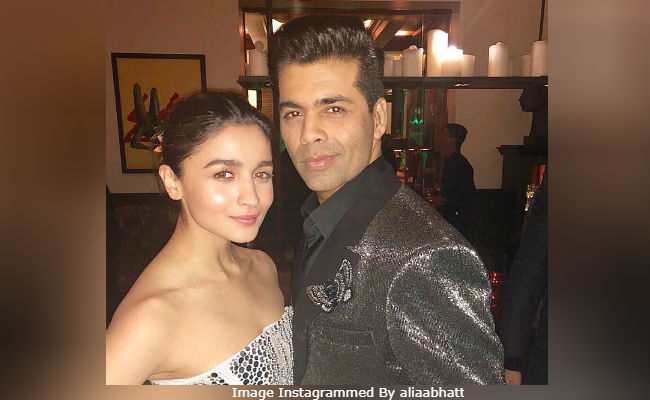 Karan Johar is not directing Alia Bhatt and Janhvi Kapoor or any other actor in his next project, the filmmaker confirmed via a tweet on Wednesday. Several unconfirmed reports suggested Karan, who is producing Janhvi's debut film Dhadak, will direct her soon and Alia will co-star with her. However, Karan Johar has made it clear that they are just rumours and tweeted, "Lots of conjecture and unnecessary stories on my directorial next. Just to make clear, not a single actor has heard or read the script of my next film. Everything you read or hear is hearsay." Karan Johar had also launched Alia in Bollywood with 2012's Student Of The Year, which he had directed.

Lots of conjecture and unnecessary stories on my directorial next!!!! Just to make clear not a single actor has heard or read the script of my next film!!!!! Everything you read or hear is Hearsay!

In an interview to DNA last month, Karan had said that he has 'finalised the script of his next directorial venture,' but will only announce it next year. "I hope to come back refreshed and rejuvenated. I'm excited about the break and I am also excited that I have finalised the script for my next directorial venture that should roll next year. I'll cast for my new film after returning from New York," he had said. He went to New York for a short vacation in May.

Meanwhile, rumour also had it that Karan will launch Shah Rukh Khan's daughter Suhana in Bollywood but there hasn't been any confirmation on it yet. Suhana, who is completing her education, aspires to be an actress, SRK had revealed earlier. "Suhana wants to be an actress. I see that zeal in her. She's extremely good on stage, I've seen her performances. She's admittedly a cinema fan and wants to be in the industry. But my point is simple - you need to complete your education before doing anything," he told DNA.

Promoted
Listen to the latest songs, only on JioSaavn.com
Karan Johar recently directed one of the four short films of Netfilx's Lust Stories. Ae Dil Hai Mushkil was his last directed Bollywood film.

Dhadak, Simmba and Brahmastra are some of the films he is producing. Alia Bhatt's blockbuster film Raazi was also produced by Karan Johar.