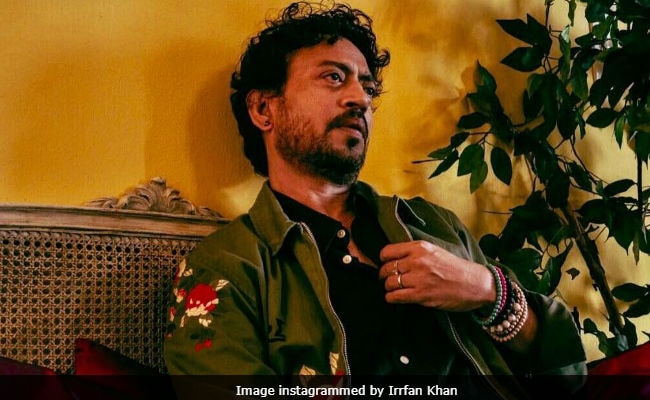 New Delhi: Actor Irrfan Khan, who is being treated for neuroendocrine tumour, is reportedly responding well to the treatment. Filmmaker Shoojit Sircar, who has signed Irrfan for a film on freedom fighter Udham Singh, told Mumbai Mirror that the Irrfan is doing well. "I've been speaking to both Irrfan and his wife (Sutapa Sikdar), he's responding well to the treatment and trying to cope with the knowledge that he's battling NeuroEndocrine tumour by treating the recuperation in Europe like a short and unexpected holiday." Shoojit Sircar added that he may visit Irrfan Khan next month. The director, who earlier worked with Irrfan in Piku, said that the biopic on Udham Singh will roll by the end of 2018 but Irrfan will join later after he is completely cured. "We hope to roll by the year-end, but will wait till Irrfan is ready to shoot. He's one of our finest actors and a dear friend."

In March it was reported that Irrfan is consulting Ayurveda doctors for the treatment but the rumours were slammd by his spokesperson, who said in a statement: "He at one point had contacted him but other than one phone call there has been no conversation or consultation whatsoever. It is unacceptable to be using someone's illness for your own publicity and personal gain."

Apart from the health updates, Irrfan made his presence felt on the social media scantily. Soon after his tweet revealing the "rare disease" he was suffering from, Irrfan instagrammed a picture from London.

More recently, Irrfan tweeted about his upcoming film Karwaan, which he filmed before being diagnosed with neuroendocrine tumour. Karwaan Akarsh Khurana hinted that Irrfan may return for promotional duties.

Irrfan was last seen on the big screen in Balckmail, which released while he was abroad for the treatment. Irrfan Khan had also signed Vishal Bhardwaj's yet-untitled film, co-starring Deepika Padukone, before his diagnosis.