Irrfan Khan's Wife On His Rare Disease: "Not Easy But Optimistic Of Victory" 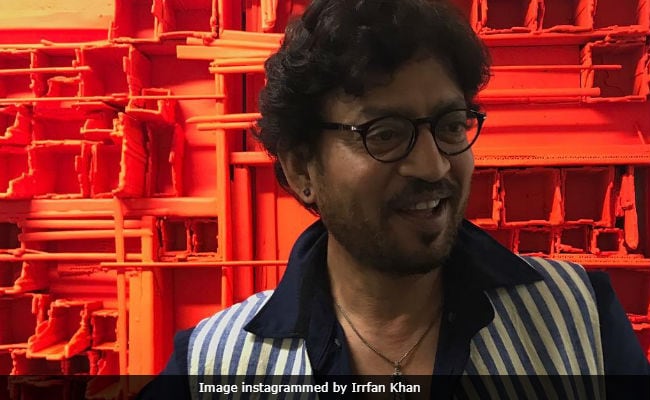 New Delhi: Actor Irrfan Khan's wife Sutapa Sikdar in a Facebook posed requested fans of the actor to refrain from "wasting precious energies to only know what" is the "rare disease" Irrfan is suffering from. In the post published on Friday, Sutapa said that Irrfan is a "warrior" and that he is "fighting every obstacle with tremendous grace and beauty." On her unverified Facebook page, Sutapa wrote: "I apologise for not answering calls and messages but I want all of you to know I am truly humbled indebted for ever for the wishes prayers and concern from all over the world." Last week, Irrfan Khan released his statement on social media, in which he said that he has contracted a "rare disease" and that he would share the details after he receives a "conclusive diagnosis."

Sutapa wrote on Facebook: "I am at present focused in the strategies of the battlefield which I have to conquer. It wasn't and isn't going to be easy but the hope ignited by the magnitude of family ,friends and fans of Irrfan has made me only optimistic and almost sure of the victory."

This is what Irrfan Khan had said earlier:

Days after Irrfan Khan released the aforementioned statement rumours of him battling a deadly tumor featured in headlines. However, his spokesperson refuted the reports.

Promoted
Listen to the latest songs, only on JioSaavn.com
Irrfan Khan has featured in critically acclaimed films such as Paan Singh Tomar, The Namesake, Haider and Piku. He has also starred in several Hollywood projects like The Jurassic World and The Amazing Spider-Man 2.

He was last seen in Qarib Qarib Singlle and he's awaiting the release of Blackmail.