Irrfan Khan is reportedly recovering and may return home soon 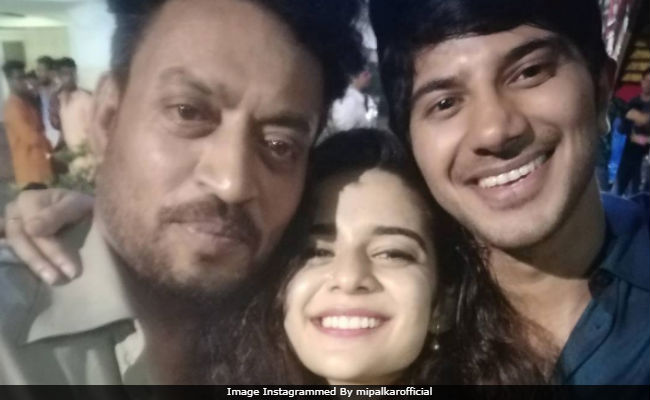 New Delhi: Irrfan Khan, who is currently undergoing treatment for a neuro-endocrine tumour, is reportedly on the path to recovery and will touch down in Mumbai soon. A report in Deccan Chronicle stated that Irrfan Khan may join the cast of Karwaan - his upcoming movie - for promotional duties of the film. The makers of Irrfan's next release Karwaan are hopeful that the actor will perhaps be able to join the team very soon and this is what director Akarsh Khurana told Deccan Chronicle that the entire cast and crew of the film is looking forward to his return: "We are all looking forward to Irrfan's return."

The director also shared his experience of working with the actor and said: "Irrfan's performance in Karwaan is expectedly outstanding. Working with him was a dream come true. I was intimidated at first but by the third or fourth day we had a great rapport and then on it was very comfortable and amazing," Akarsh Khurana was quoted as Deccan Chronicle as saying.

The film also stars South actor Dulquer Salmaan and Mithila Palkar, who will make their Bollywood debuts with this film. Irrfan could not do his promotional duties for his last release Blackmail, as he was taken to London, where he is currently believed to be undergoing treatment.

Irrfan Khan made an appearance on Twitter after a hiatus of two months and shared best wishes for his Karwaan co-stars:

Irrfan Khan revealed he was diagnosed with a neuro-endocrine tumour on Twitter in March:

Promoted
Listen to the latest songs, only on JioSaavn.com
The sudden news of Irrfan's medical condition came as a major shock to fans and the film fraternity. Mr Khurana shared his reaction to the news and told Deccan Chronicle: "It was a big shock. I heard of his illness soon after he saw the film and gave me very constructive feedback. We were all quite devastated. We are hoping and praying for his recovery."

Karwaan revolves around the lives of three oddballs from different walks of life, who are thrown together on a bizarre journey. The film was earlier expected to hit the screens on June 1 but the makers had come up with a new release date. Karwaan will now hit the silver screens on August 10.