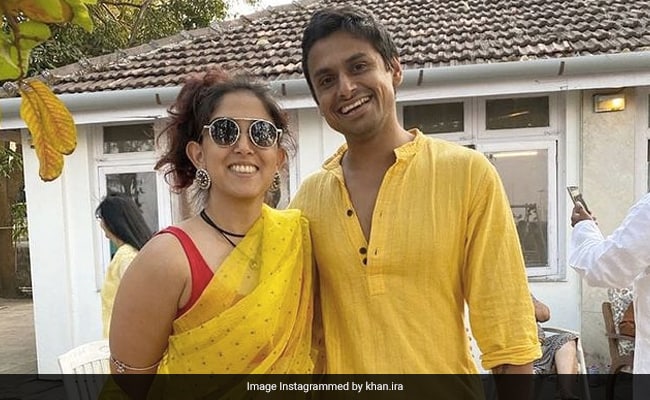 Aamir Khan's daughter Ira Khan has the perfect company for the lockdown and it is none other than her boyfriend Nupur Shikhare. On her Instagram story, Ira shared a mushy greyscale selfie with Nupur. "Ready for lockdown," she wrote in her caption, adding a red heart emoji. Nupur too shared the same picture on his Instagram story. Ira Khan and Nupur Shikhare frequently feature on each other's Instagram profiles and they often trend for their social media exchanges as well. Meanwhile, Ira's father Aamir Khan contracted the virus last month and is under home quarantine. "Mr Aamir Khan has tested positive for COVID-19. He is at home in self-quarantine, following all the protocols and he's doing fine," the actor's spokesperson said. 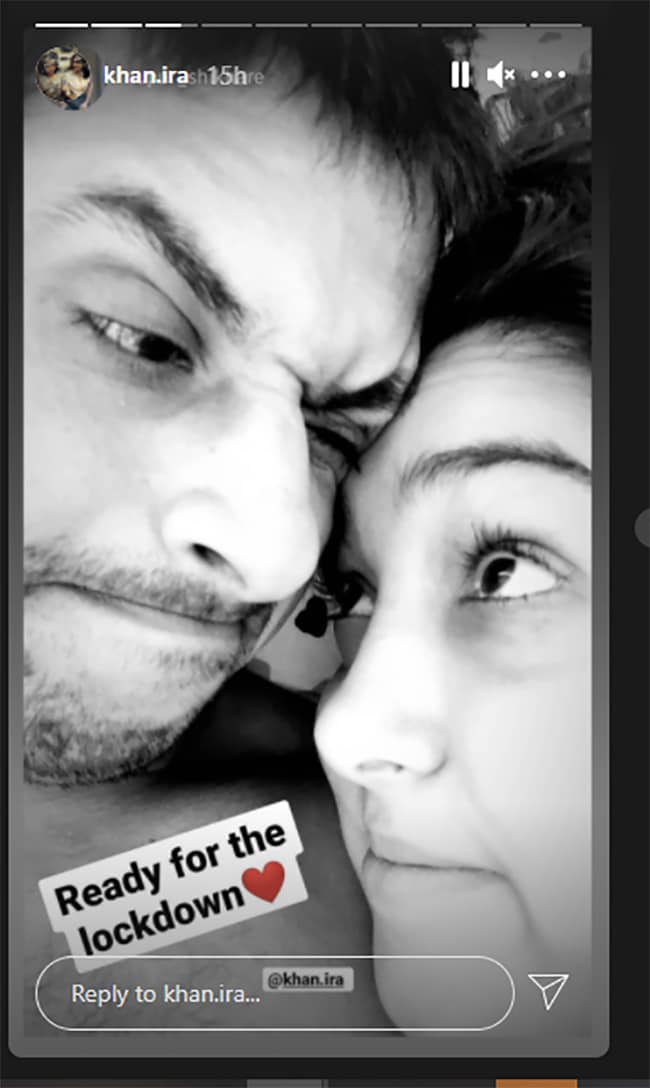 Ira Khan made her relationship with boyfriend Nupur Shikhare Instagram official of sorts in February. She posted a set of happy pictures with the fitness trainer on her profile and she accompanied the post with a mushy caption. She wrote: "It's an honour to make promises with and to you." She added the hashtags #hi, #whaleyoubemine, #myvalentine, #buddy, #youarebetteratcheesylines and #dreamboy to her post.

Nupur was also Ira's plus one at her cousin Zayn Khan's wedding festivities.

Ira is the younger of Aamir Khan's two children with his first wife Reena Dutta. Ira has studied music, while her brother Junaid often assists his father in filmmaking. Ira made her directorial debut with a theatrical adaptation of Euripides' Medea, which starred Hazel Keech in the titular role. Aamir Khan is now married to filmmaker Kiran Rao and the couple are parents to a son named Azad.

Locked Down, Sussanne Khan Is Dealing With The "Fear Outside" By...