Ira Khan Has A Problem With "Gendered Nouns". Her Reaction To Being Called "Aamir Khan's Son"

"I am his daughter. But what even are these gendered nouns?" Ira Khan wrote in response 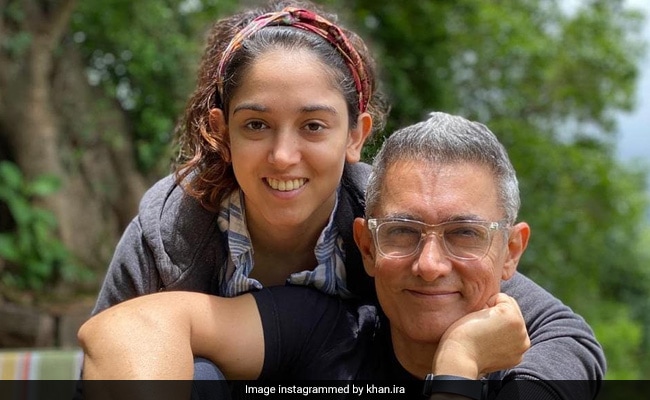 Aamir Khan's daughter Ira Khan is a social media favourite for always being her no-filter version on Instagram. 24-year-old Ira Khan recently hosted an interactive session with her Instafam, saying: "I'm not sure what to do with myself. You?" And now, she's trending for one of her responses to a user, who addressed her as "Aamir Khan's son." From Ira's reply, it appears that she did not take offense to being called the superstar's son but surely has an issue with gender-defining terms. "I am his daughter. But what even are these gendered nouns?" she wrote in her response to the user. Here's take a look at Ira Khan's Instagram story below.

Meanwhile, Ira Khan's boyfriend Nupur Shikhare, who is a fitness trainer, also featured in one of her Instagram stories. When a user asked Ira to keep herself busy with work out sessions, Ira said: "Don't remind him."

Ira Khan is the younger of Aamir Khan's two children with his first wife Reena Dutta. Aamir Khan is now married to filmmaker Kiran Rao and the couple are parents to son Azad. Ira has studied music, while her brother Junaid often assists his father in filmmaking. Ira made her directorial debut with a theatrical adaptation of Euripides' Medea, which featured Hazel Keech in the titular role. It premiered in different cities across India in December 2019.