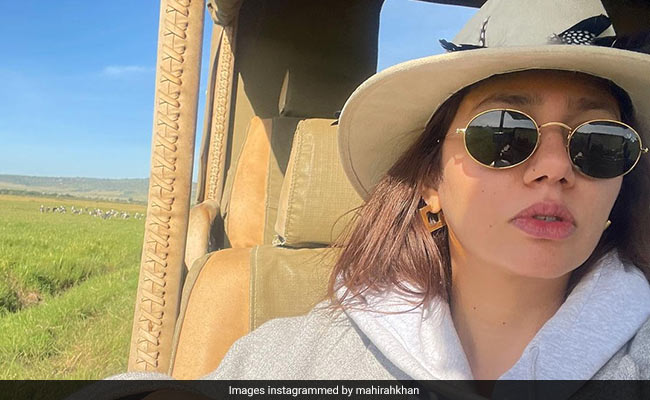 Looking for actress Mahira Khan? Well, she's enjoying the wilderness on her vacation in Masai Mara, Kenya. Mahira Khan has been sharing glimpses of her trip to the African savannah and the photos will make you pack your bags and leave. Mahira Khan's travel buddies are her 12-year-old son Azlan and brother Hassaan Khan, all of who feature in her latest entry to the Masai Mara album. Mahira's post begins with a glimpse of the safari they went on, followed by major chill scenes at the forest resort and then moves on to a few happy selfies with the locals kids. Mahira Khan summed up her Africa trip in these words: "Feeling at home in the wild."

Mahira Khan was diagnosed with COVID-19 in December last year, just months after resuming work schedules. Mahira Khan made her Bollywood debut with Shah Rukh Khan's 2017 film Raees. The Pakistani TV show Humsafar, also featuring actor Fawad Khan, which aired between 2011 and 2012, made her popular in India. She has also starred in popular TV shows such as Shehr-e-Zaat and Bin Roye. Last seen in Pakistani film Superstar, Mahira Khan's next movie is The Legend Of Maula Jatt, the release of which has been postponed because of the pandemic.