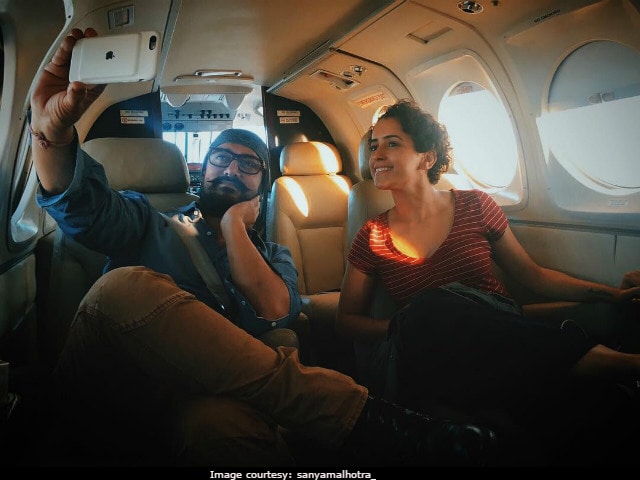 New Delhi: Aamir Khan's film Dangal, which released last December, wrapped shooting in January 2016 but the experience didn't end there for actresses Sanya Malhotra and Fatima Sana Shaikh. They had "nothing to do," but only for a while - soon, they were asked to join the post-production team of Dangal as interns and they agreed, reports mid-day. Dangal, in which Fatima and Sanya played the wrestlers Geeta and Babita Phogat, was co-produced by Aamir Khan Productions. Sanya told mid-day: "In January 2016, we wrapped up the film's shoot and didn't have anything to do. So, Fatima and I decided to go on an India darshan. That's when AK (Aamir Khan) asked us if we would want to intern with him. For a moment, we went totally blank, but then nodded at the offer."

'AK' has a reputation as a workaholic and, as Sanya told mid-day, post-production work days would stretch upto 12 hours. "On some days, we would sit for almost five to six hours at (composer) Pritam's office working on the background score. Later, we would go with Aamir for dubbing sessions, which would be followed by a meeting with the music or editing team. We would return home by 10 pm. When we went to work, we would listen to stories of how Aamir worked till 4 am," Sanya told mid-day.

Aamir Khan, 51, only makes a film a year - sometimes two years - and he both delivers and demands perfection. The blockbuster Dangal made almost Rs 400 crore at home, setting a new record after Aamir's 2014 film PK, and the actor's performance as Haryanvi wrestler Mahavir Singh Phogat was hailed as his finest so far.

Promoted
Listen to the latest songs, only on JioSaavn.com
Aamir Khan now has Thugs of Hindostan coming up, in which he co-stars with Amitabh Bachchan. Aamir also produces Secret Superstar, which releases on August 4 and in which he makes a special appearance. Meanwhile, Paani Foundation, the NGO which he co-owns with his wife Kiran Rao, is working to solve the water crisis in Maharashtra.

Aamir has already said that he will train two new interns every year and is now looking for aspiring candidates to be taken under his wing from April. Fatima and Sanya were his first batch of interns.