Varun Dhawan and Natasha Dalal left for London over the weekend 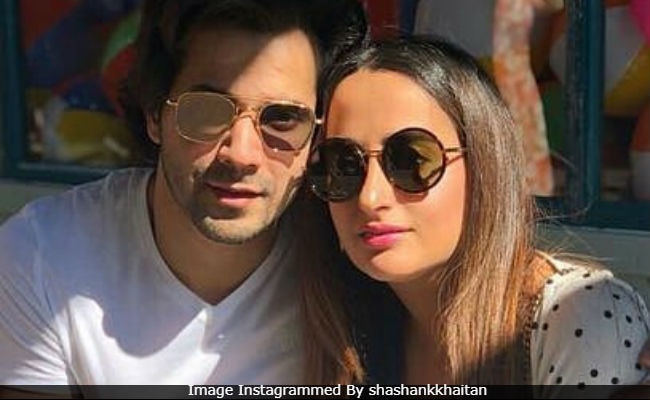 Actor Varun Dhawan is currently in London with rumoured girlfriend Natasha Dalal, folks. The duo left for the British capital over the weekend and were joined by director Shashank Khaitan and his wife Nalini there. Mr Khaitan, who has directed Varun in Humpty Sharma Ki Dulhania and Badrinath Ki Dulhania, shared a collage from London, featuring Varun, Natasha and Nalini. "No words needed... London," read his caption. Varun Dhawan also checked into London with a picture of himself with the 'queen.' (The 'queen' here isn't Natasha Dalal, BTW). Varun has also treated his Instafam to some pictures from London on his Instagram stories.

Take a look at the pictures here, courtesy Shashank Khaitan.

The QUEEN and I

Varun and Natasha (a designer) were reportedly planning the holiday for a while but work kept him busy. Varun is now free for a few days before Kalank schedule begins for him. "They were planning a getaway for quite some time but they couldn't go anywhere due to Varun's schedule. He had a release (Shoojit Sircar's October) in April, post which the actor has been caught up with his other projects," a source had told DNA, adding that "Varun is planning to fly out with Natasha to a foreign locale and spend some quality time with her."

The rumoured couple have often been pictured together at film screenings, movie and dinner dates. However, they haven't acknowledged a romance yet.