Read inOther Languages
This Article is From Sep 15, 2018 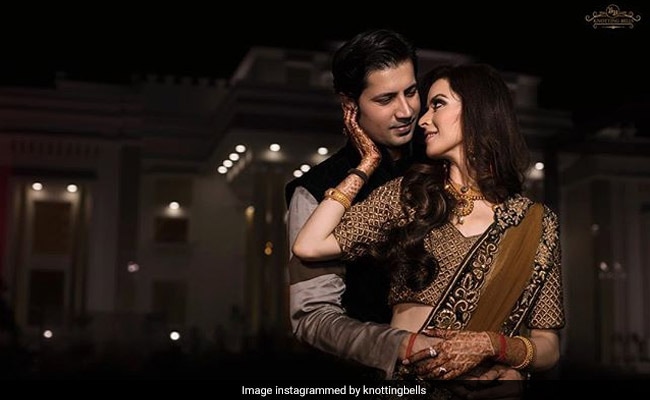 Star couple Sumeet Vyas and Ekta Kaul are getting married on Saturday and the pre-wedding ceremonies are in full gear. Photos of the mehendi and haldi ceremonies have been shared by actress Malini Kapoor, Ekta's close friend, on Instagram. In an interview to Bombay Times, Sumeet had earlier revealed about their hush-hush engagement and also shared details about his upcoming wedding. Ekta Kaul and Sumeet Vyas will have an intimate wedding in Jammu, the actress' hometown. Photos from Ekta Kaul's pre wedding ceremonies are doing the rounds on the Internet. Fan clubs have also shared photographs and videos from the couple's sangeet ceremony.

Sumeet Vyas revealed his love story in a post for Humans of Bombay without mentioning Ekta's name in it. Sumeet spoke about how he thought to himself, "I'll marry her (Ekta)." "It's not one big moment when you know you've met 'the one'. One stand out moment was last year during Holi! I rode my motorcycle to a party and had a little bit of bhang. I was in no state to ride. She saw that and took the keys -I thought she was joking! I mean it was a Bullet! But she just got on and off we went, me in the backseat and my lady driving the bullet. I was thinking then, Man! I'm going to marry her! She's the one!"

Sumeet Vyas has featured in web-series Permanent Roommates and TVF Triplibg. Earlier this year, Sumeet featured opposite Kareena Kapoor in Veere Di Wedding. Sumeet has also featured in films like Parched, English Vinglish and Ribbon to name a few.

Ekta Kaul is a television actress, who debuted in TV show Rab Se Sohna Isshq and she was last seen in Mere Angne Mein.