Inside Sumeet Vyas And Ekta Kaul's Wedding In Jammu 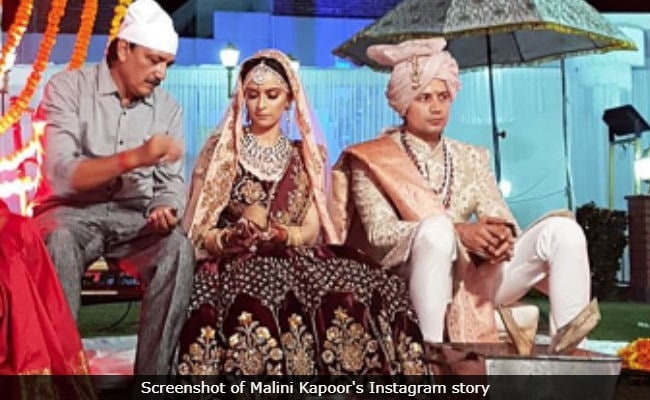 Sumeet Vyas and Ekta Kaul are now married and actress Malini Kapoor shared several pictures from the wedding ceremony on Instagram. Ekta Kaul, best known for her role in television show Mere Angne Mein, looked gorgeous in a maroon lehenga and she added a soft pink dupatta for contrast. She accessorised her look with kundan jewellery and a heavy matching matha-patti. Sumeet Vyas, star of web-series like Permanent Roommates and Tripling, complemented Ekta Kaul in a golden embroidered sherwani. The wedding ceremony was conducted as per Hindu rituals in Jammu, which is Ekta Kaul's hometown, in the presence of family and close friends.

Check out pictures from the wedding ceremony, shared by Malini Kapoor: 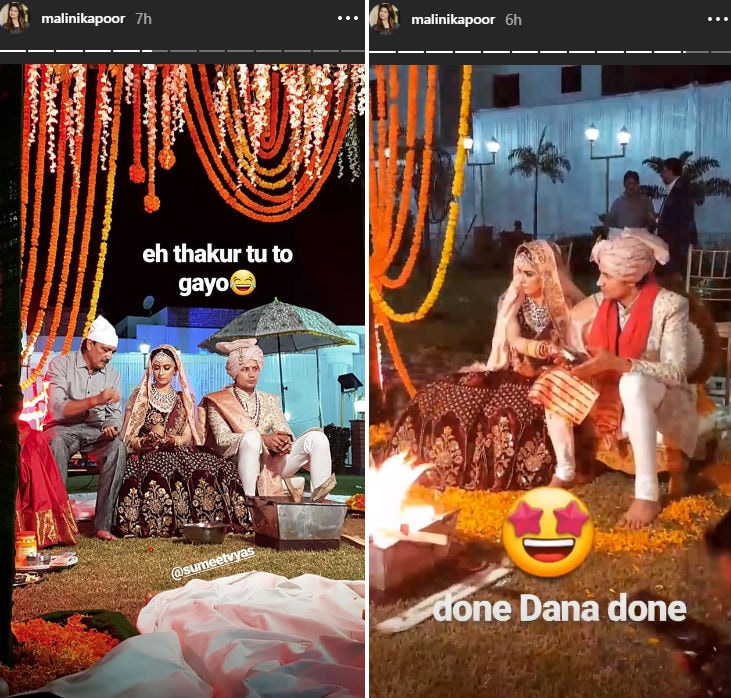 The yellow before her glow. Cannot wait to get both of them hitched. #knottingbells #yellow #takemeaway #haldi #rituals #celebritywedding #knottingbellstravels #bridetobe

Sumeet and Ekta first met during the filming of a TV show (it never took off) when Sumeet was still married to actress Shivani Tanksale. However, in a previous interview, Sumeet said that he only got to know Ekta after his divorce with Shivani in 2017. Recently, Sumeet Vyas revealed all about his and Ekta's love story to Humans of Bombay. Speaking about how he and Ekta started dating, Sumeet said: "You know that phase where all your friends are like, 'you're single, doing well, don't get into a relationship'? -well I tried, but I was over it pretty quickly. Around then, I met her... at shows and on TV sets, but frankly, I didn't know how to pursue her! Then, she tweeted about my show and we started talking -- I invited her to my play and we went out after!"

Sumeet Vyas was recently seen in Veere Di Wedding, in which he played Kareena Kapoor's fiancé. He has also starred in films like English Vinglish, Parched and High Jack. He will be next seen in It's Not That Simple, a web-series co-starring Swara Bhasker.

Ekta Kaul debuted in TV show Rab Se Sohna Isshq and she was last seen in Mere Angne Mein. Ekta hasn't announced her next project yet.