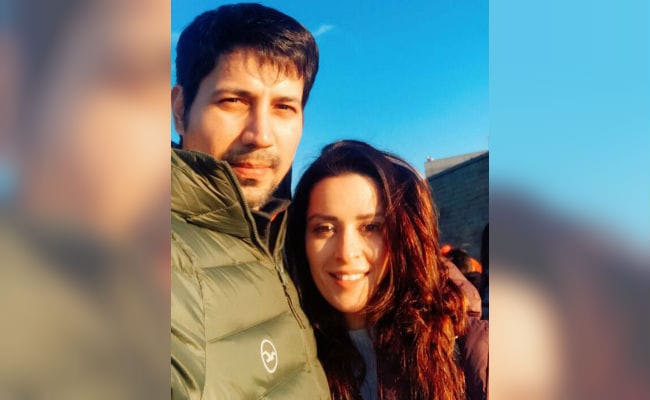 New Delhi: Actor couple Sumeet Vyas and Ekta Kaul are looking forward to a September wedding, as per a report in Mumbai Mirror. Sumeet Vyas, who is best-known for his role in web-series Permanent Roommates, has been dating Ekta Kaul for a few years now and their parents recently met to finalise the match. Sumeet recently starred in Veere Di Wedding (opposite Kareena Kapoor), and for one of the film's special screening his mother and Ekta joined him. "Ekta's family, many of whom are based in Jammu, are preparing for a traditional Kashmiri ceremony. The final details of the wedding are being currently locked. The bride-to-be has been calling friends from the industry asking them to lock their dates for the mid-September nuptials," a source close to the couple told Mumbai Mirror.

In April, there were rumours about Sumeet Vyas and Ekta Kaul's engagement after a picture of them dressed in traditional attire went viral. Summet had then clarified, "We were dressed traditionally as we were attending a wedding and people mistook it for an engagement," reported Mumbai Mirror.

Promoted
Listen to the latest songs, only on JioSaavn.com
Summet Vyas was married to actress Shivani Tanksale from 2010 to 2017. Sumeet earlier said that he first met Ekta Kaul to shoot for the promo of a show (which never aired) and then again at a friend's party. However, he stated that they got to know each other only after Sumeet divorced Shivani. He earlier told Mumbai Mirror: "I had come out of a marriage, which was a sensitive issue, and I wasn't sure if I wanted to get into another relationship. Now, our families have spoken to each other as well and everyone is happy."

Ekta Kaul started her career in television with Rab Se Sohna Isshq and she was last seen in Mere Angne Mein. Summet Vyas has also featured in web-series TVF Tripling and he will soon start filming the second season of It's Not That Simple. Apart from Veere Di Wedding, Sumeet starred in films like English Vinglish, Aurangzeb and Ribbon.