Sumeet Vyas And Ekta Kaul Are Getting Married In September, Folks. Details Inside

Sumeet Vyas and Ekta Kaul will get married in Jammu 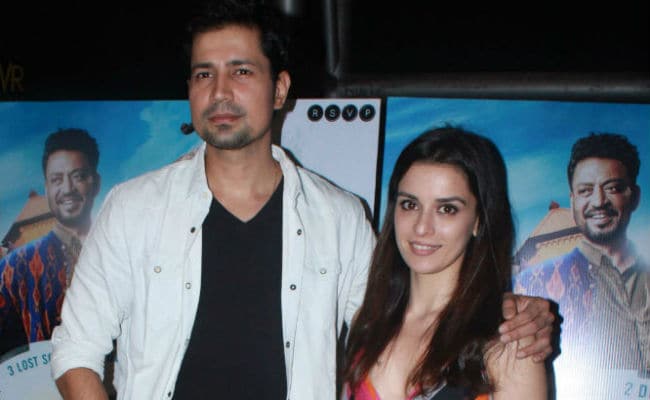 Actors Sumeet Vyas and Ekta Kaul have finally zeroed in on a wedding date. The couple, who got engaged in August, are looking forward to get married on September 15, Indian Express reports. "Yes, we are getting married. It is going to happen in Jammu on September 15. As I am busy with my shoots, Ekta is managing most of the work. It is going to be a simple wedding. We are really happy and excited about it," Sumeet told Indian Express. Jammu is Ekta's hometown. The couple trended a great deal some months ago for reportedly getting engaged. However, they actually exchanged rings only earlier this month.

"Ekta is a beautiful person. I decided to pop the question a few days ago and slipped a ring on her finger before she could change her mind. I am glad she loved it and has accepted my proposal. Unfortunately, I got the size of the ring wrong, which can be expected from a guy like me," Sumeet Vyas had told Bombay Times.

Sumeet Vyas and Ekta Kaul met each other when he was married still married to actress Shivani Tanksale. Their divorce was finalized in 2017. Asked if a failed marriage made him 'cynical,' Sumeet Vyas told Indian Express, "Not cynical but initially I was scared to fall in love again. It's a natural thing. But with time I realised that it could not go on like that. We grow up, we become mature and it also depends a lot on the people you meet. I am in a happy space again and we are positively looking at this new start."

Sumeet Vyas, 35, was last seen in Veere Di Wedding. He is best-known for the web series Permanent Roommates. He has also featured in films like English Vinglish, Aurangzeb and Ribbon. Meanwhile, Ekta Kaul started her career in television with Rab Se Sohna Isshq and was last seen in Mere Angne Mein.