The pre-wedding bash hosted by Shweta Tripathi, Chaitanya Sharma was attended by close friends from the industry 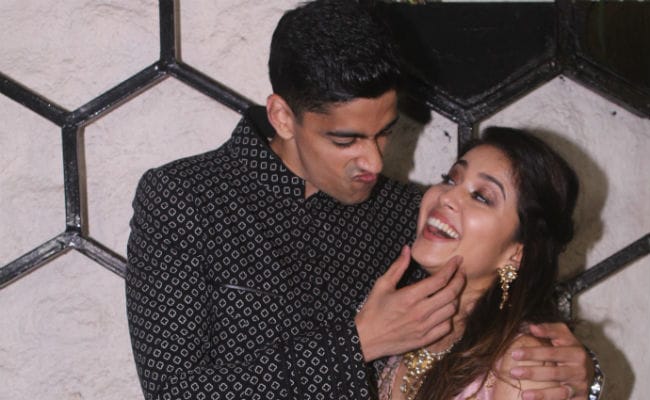 Masaan actress Shweta Tripathi, who is all set to get married to rapper Chaitanya Sharma, hosted a pre-wedding party on Wednesday for close friends of the industry. Celebrities who joined the couple for their pre-wedding celebrations included the likes of Kiran Rao, Guneet Monga, Akarsh Khurana, Neeraj Ghaywan, Sumeet Vyas, Shikha Talsania, Anand Tiwari, Vivaan Shah, Angira Dhar, Rasika Dugal, Shriya Pilgaokar, Mallika Dua, Sapna Pabbi and Jasleen Royal. The duo will take their wedding vows in a private ceremony in Goa on June 29, an official statement revealed. Take a look at the photos from Shweta Tripathi and Chaitanya Sharma pre-wedding party. 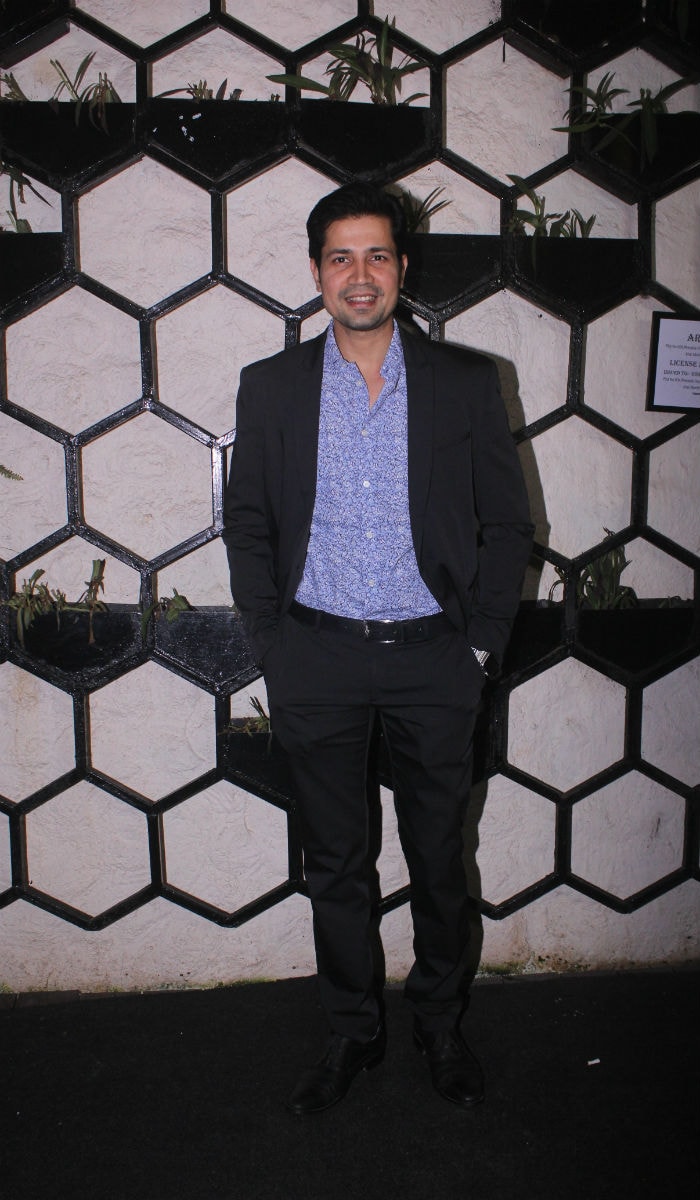 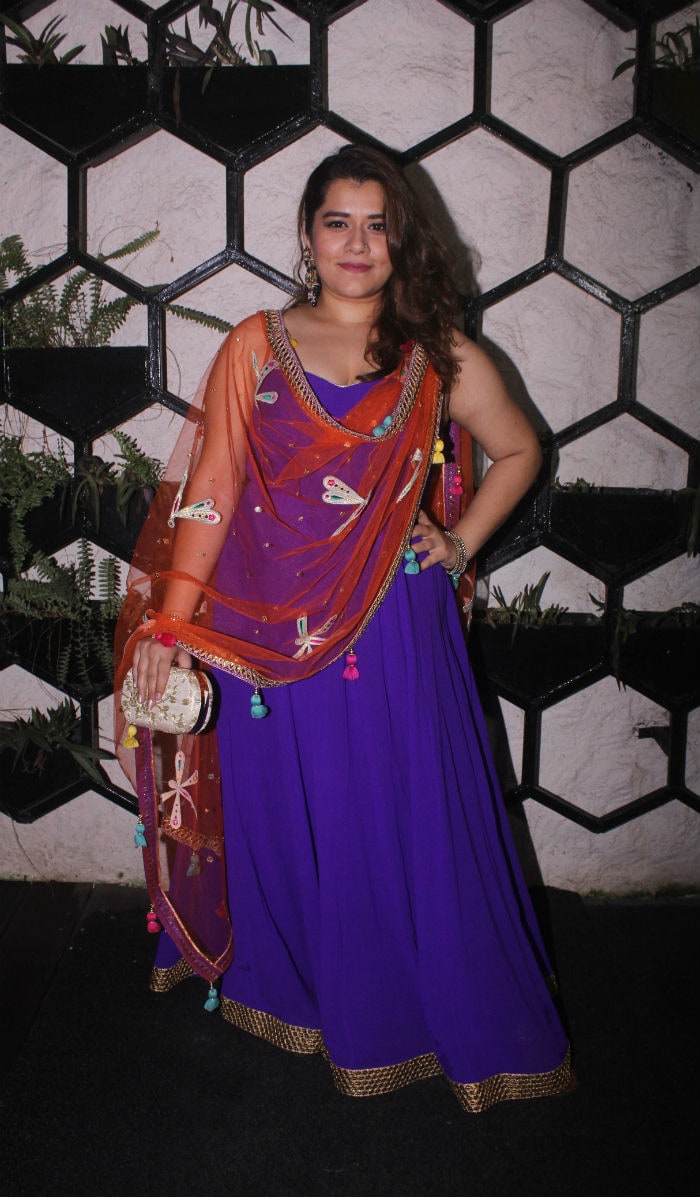 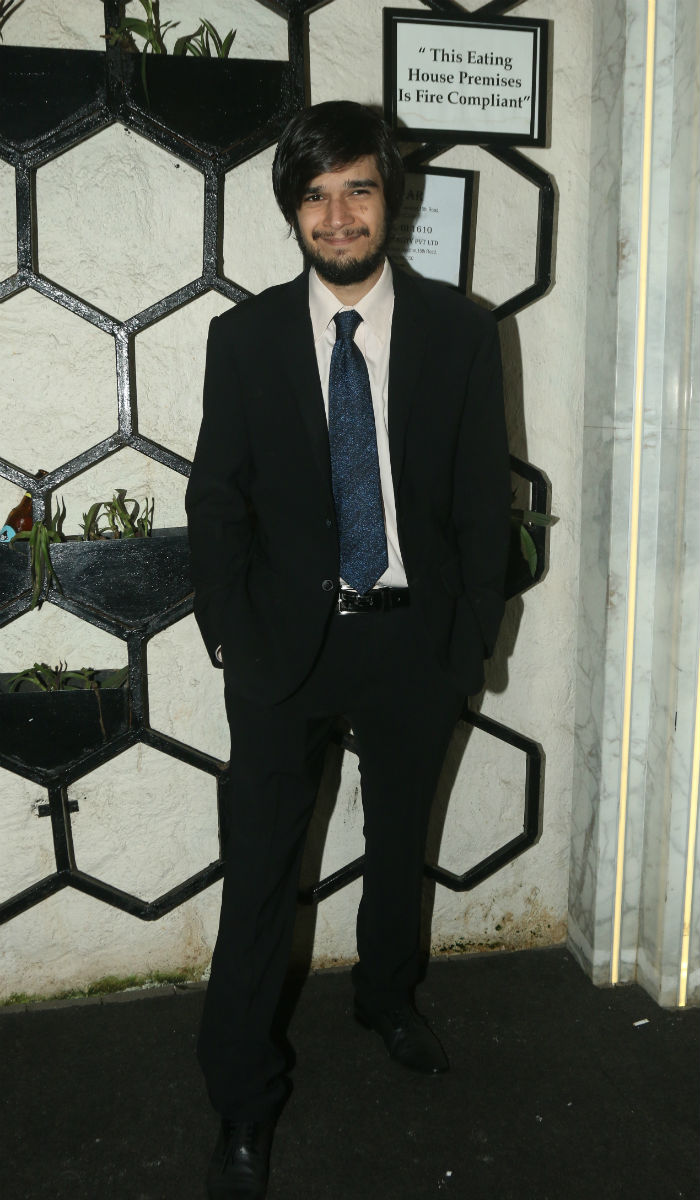 The bride-to-be turned heads in a custom made SVA by Sonam and Paras Modi. Shweta wore a pink floral gown to the pre-wedding event and her mehendi clad hands complemented her fusion look really well. Chaitanya wore a bandh gala to the event and the lovebirds looked ravishing in their attires, not to miss is the glow on Shweta's face. Here are photos featuring the duo: 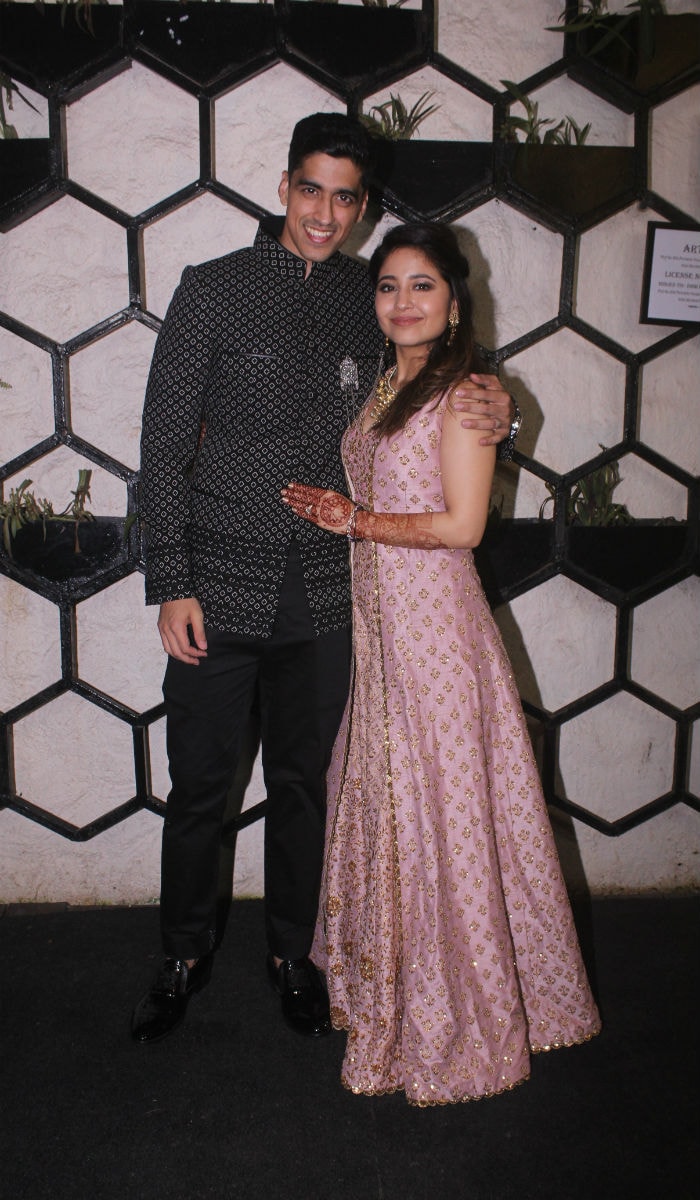 We also got a glimpse of their combined mehendi ceremony, which was hosted at Chaitanya's home on Tuesday. The photos were posted on Shweta Tripathi's Instagram stories. Later, we also got hold of pictures of the henna pattern, which were pretty unusual. Shweta said in a statement that the mehendi included elements of her and Chaitanya's love story.| 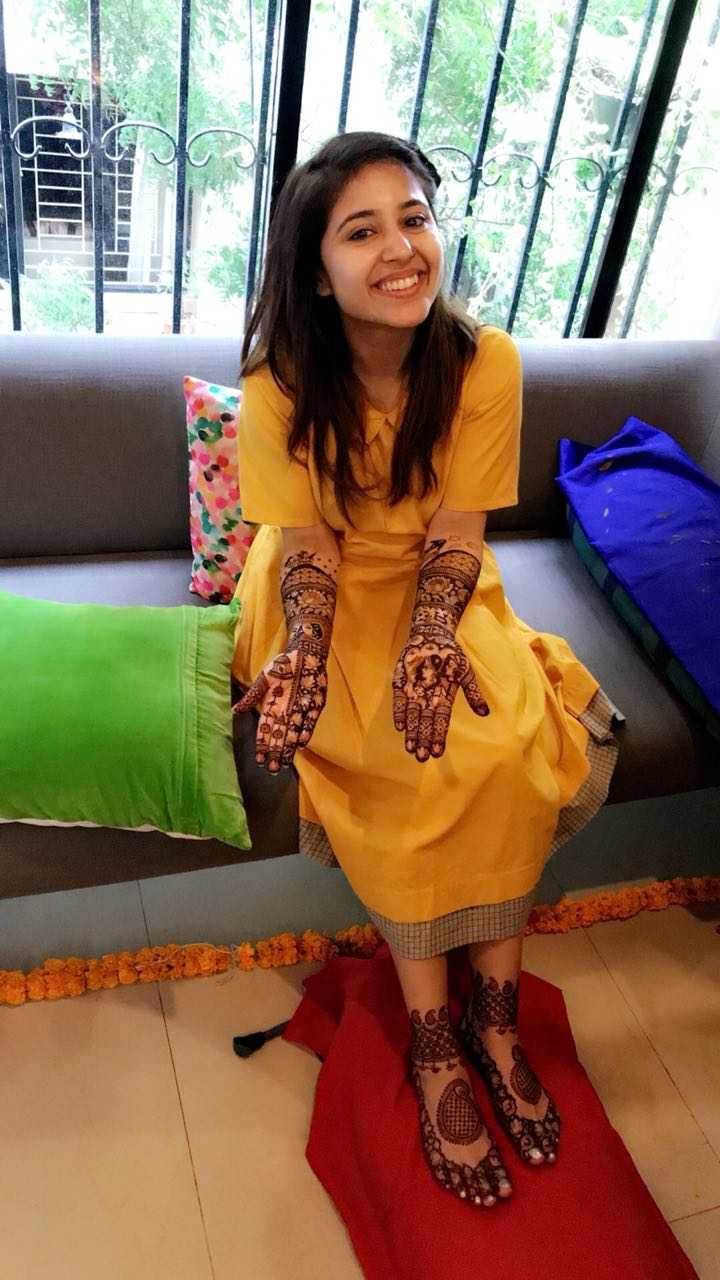 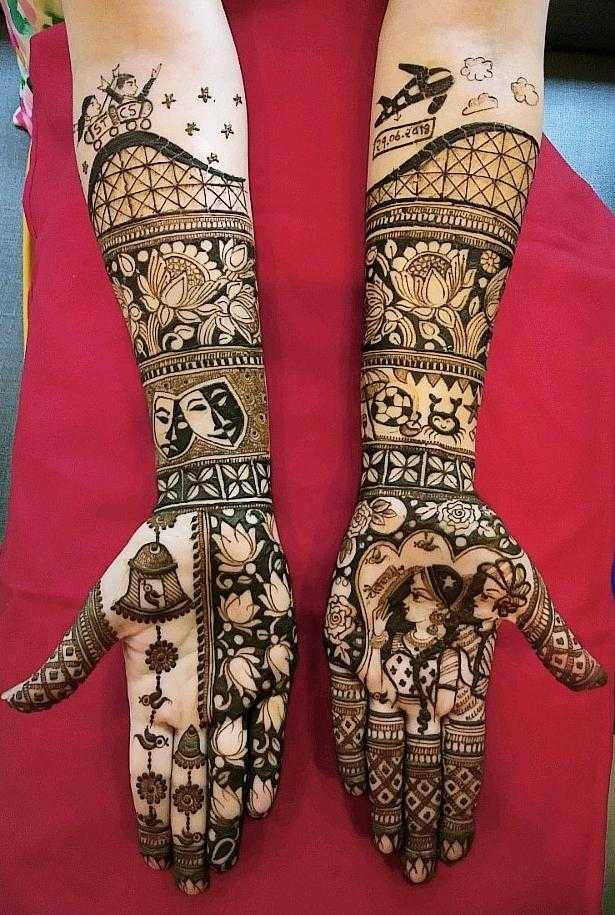 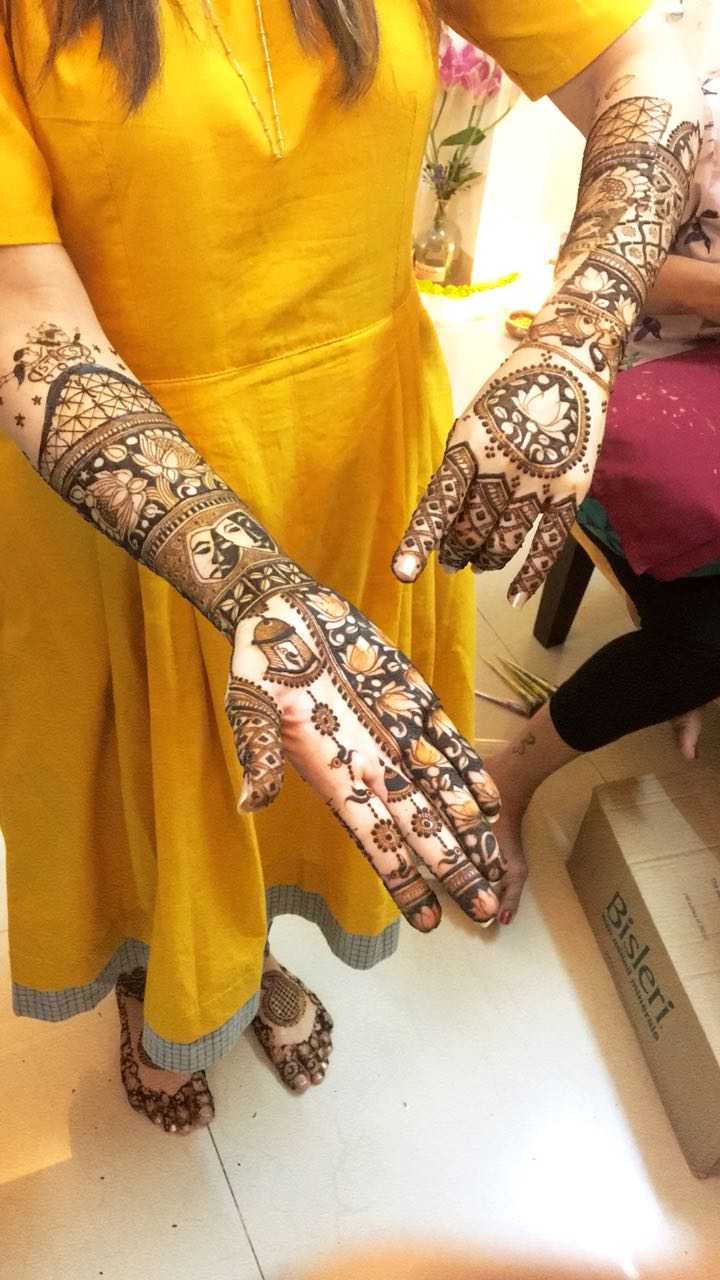 Promoted
Listen to the latest songs, only on JioSaavn.com
Shweta Tripathi and Chaitanya Sharma's love story is straight out of a Bollywood film. Shweta Tripathi revealed in an interview to IANS that the couple first met during a stage performance in New Delhi and shared the return flight to Mumbai where they fell in love. Earlier this year, Chaitanya proposed to Shweta on stage and of course, she said yes. "He proposed at a place called Cuckoo Club, which is a performing place in Mumbai. He wanted to do it on stage because that's how we met -- for a play. He had told me he has a new play, so I went to see that... But it was the proposal," she told IANS.

On work front, Shweta Tripathi has a web-series, titled Mirzapur, and a film (Cargo) up for release in 2018 while Chaitanya Sharma will be seen in Zoya Akhtar's Gully Boy, co-starring Ranveer Singh and Alia Bhatt.