Shweta Tripathi looked cheerful and bright in a yellow outfit The wedding celebrations of Masaan actress Shweta Tripathi have started In Goa. Twi short videos were posted on the actress' Instagram story on Tuesday night, which revealed that the bride-to-be is quite quirky. In one of the videos, Shweta Tripathi, dressed in a yellow suit, laughed and smiled as two women applied henna on her hand and feet. The second video shared the initial patterns, which were really cute. Shweta Tripathi opted for the regular henna patterns mixed with a bit of her own quirky style. Shweta Tripathi is marrying rapper Chaitanya Sharma aka SlowCheeta on June 29 in Goa. 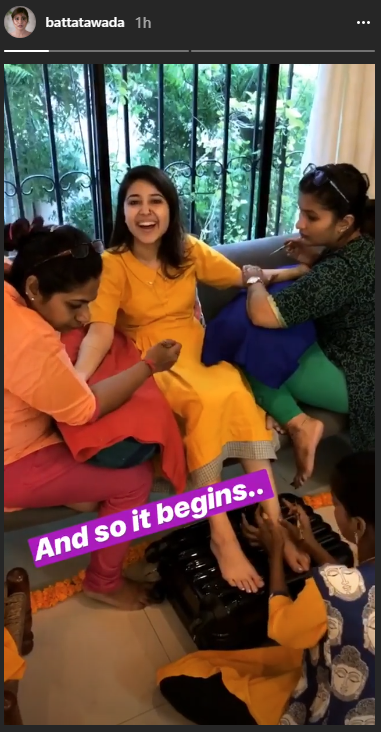 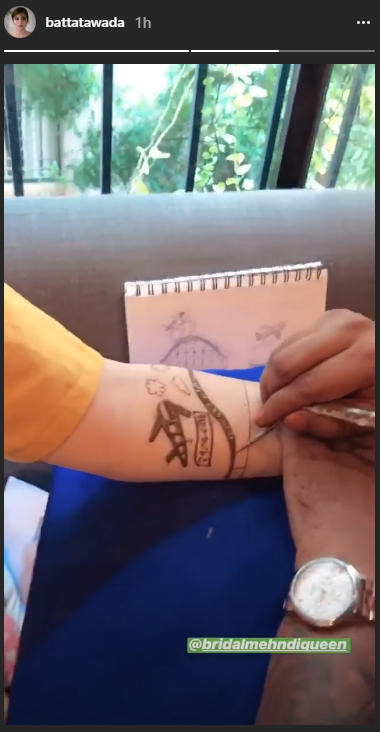 Over the weekend, a bachelorette party was hosted for Shweta by her friends, which was gatecrashed by Chaitanya. He shared a picture from the party and wrote: "This cutie is proof that someone up there loves me a lot. Can't believe I'm getting to marry this ball of happiness! Mr and Mrs Sharma- Coming soon."

Promoted
Listen to the latest songs, only on JioSaavn.com
Here's the post:

This cutie is proof that some one up there loves me a lot! Can't believe I'm getting to marry this ball of happiness! Mr and Mrs Sharma- Coming soon @battatawada

Shweta Tripathi and Chaitanya met in Delhi while they were filming in for two actors in a play. Theylater met on the flight back to Mumbai and fell in love. Shweta and Chaitanya dated for almost five years after which the rapper proposed to her, again on a stage.

Shweta Tripathi will be soon seen in a web-series, titled Mirzapur, and in a film (Cargo) in 2018 while Chaitanya Sharma will be seen in Zoya Akhtar's Gully Boy, co-starring Ranveer Singh and Alia Bhatt.