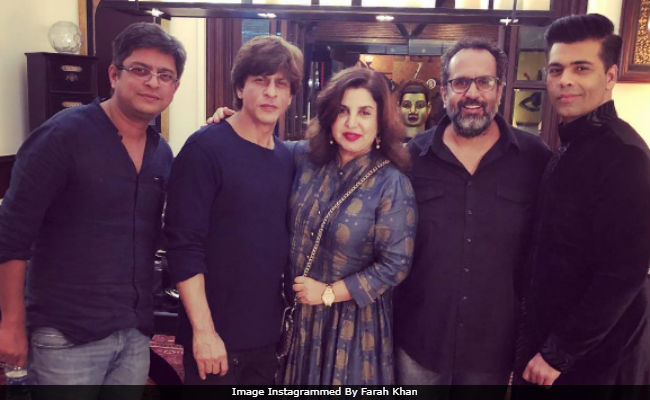 New Delhi: Superstar Shah Rukh Khan hosted a Diwali get-together at Mannat, his Mumbai residence, on Saturday evening. The party was attended by some of SRK's good friends from the industry like Karan Johar, Farah Khan and her husband Shirish Kunder, Arjun Kapoor, Anil Kapoor and his wife Sunita, Sanjay Kapoor, filmmaker Aanand L Rai and others. Farah posted multiple pictures on Instagram from their get-together. "Film people!! At Mannat with old friends and new," she captioned one of her posts. Last Friday, the celebrities attended a Diwali bash hosted by Salman Khan's sister Arpita and her husband Aayush Sharma. SRK also attended the party.

Check out these get-together pictures at Mannat.

SRK and Farah Khan have collaborated for various films. He also acted in Farah's directorial debut Main Hoon Naa (2004). Though SRK's wife Gauri wasn't seen in the pictures, she re-posted a photo from the party.

Karan Johar shared his look of the day on social media and wrote, "Diwali festivities!!! Wearing the BFF tonight @manishmalhotra05 shoes by @louboutinworld."

Promoted
Listen to the latest songs, only on JioSaavn.com
Here are the stars who were clicked outside SRK's residence. 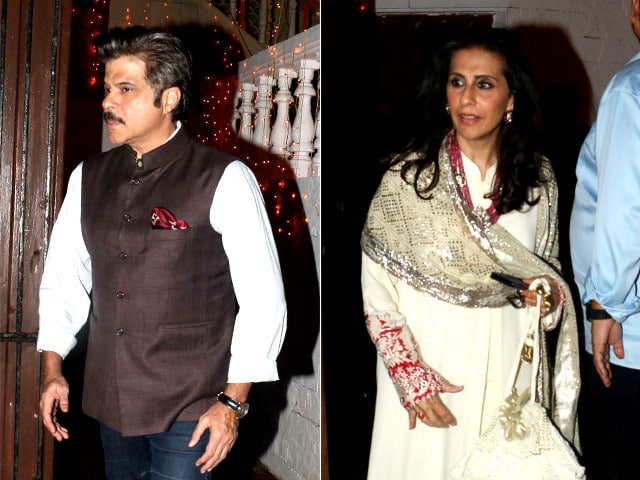 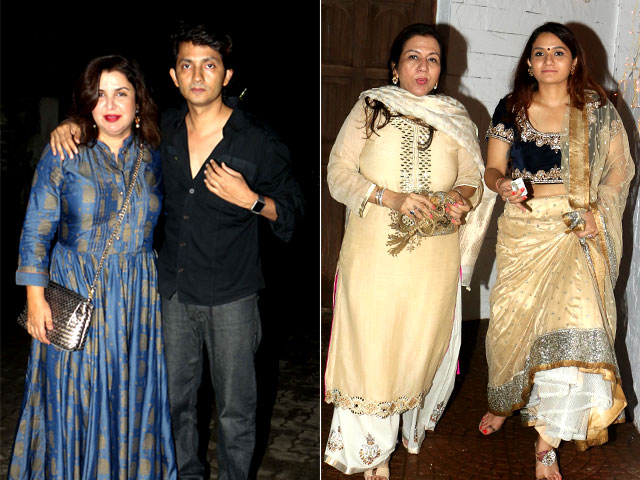