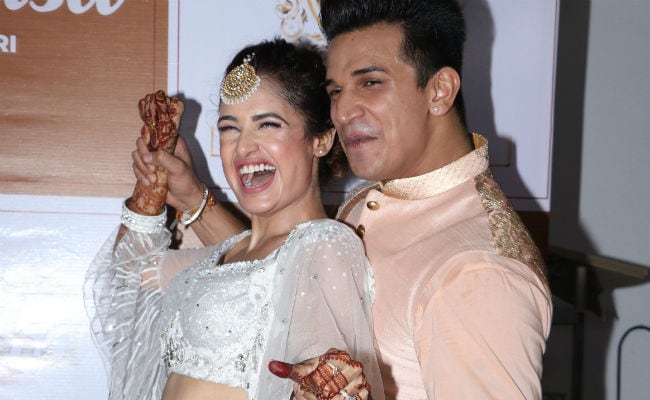 Prince Narula and Yuvika Chaudhary photographed outside the party venue.

Prince Narula and Yuvika Chaudhary's wedding celebrations continued on Thursday night with a sangeet ceremony cum cocktail night. Rannvijay Singha, Karan Kundra, Anusha Dandekar, Rashmi Desai, Rochelle Rao, Keith Sequeira and Priyank Sharma among others joined the couple for the ceremony held in Mumbai. Yuvika wore a spectacular white embellished outfit perfect for both sangeet ceremony and cocktail party. Prince on the hand wore a soft pink outfit and looked absolutely dashing. The couple had the time of their lives with their friends as was recorded in several Instagram stories. Glimpses of last night's party were shared by some celebs on social media, which are now viral.

Here are some inside pictures and videos from the party.

Yuvika and Prince and their guests also posed for the shutterbugs outside the venue. Yuvika and Prince looked totally thrilled and into the moment as they posed for the photographers and interacted with the media. Yuvika happily showed her mehendi pattern, part of which was a tribute to reality show Bigg Boss, where she first met Prince Narula (he later won the show). 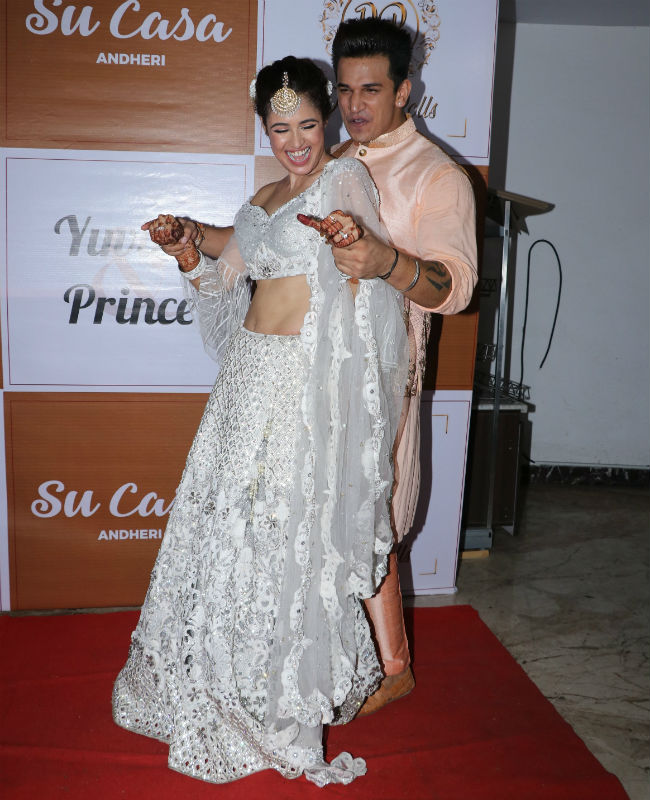 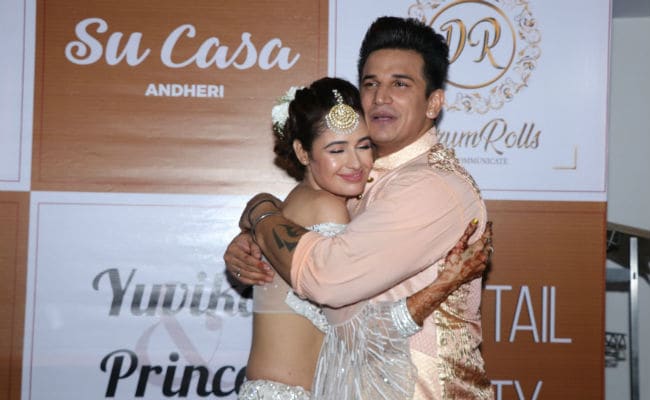 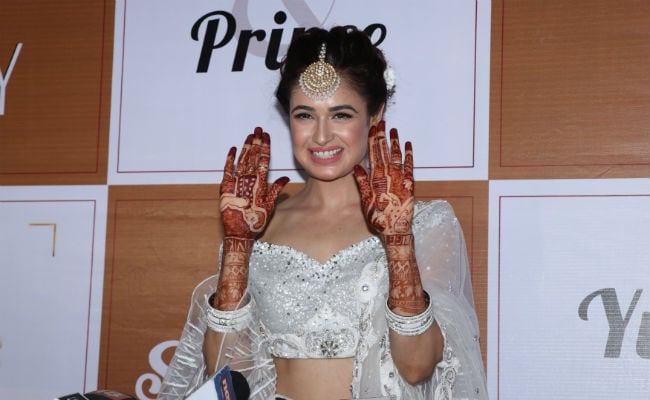 And this is what Prince's mehendi pattern looked like: 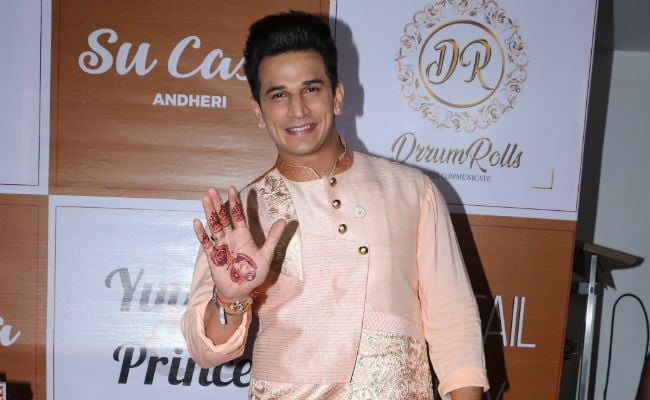 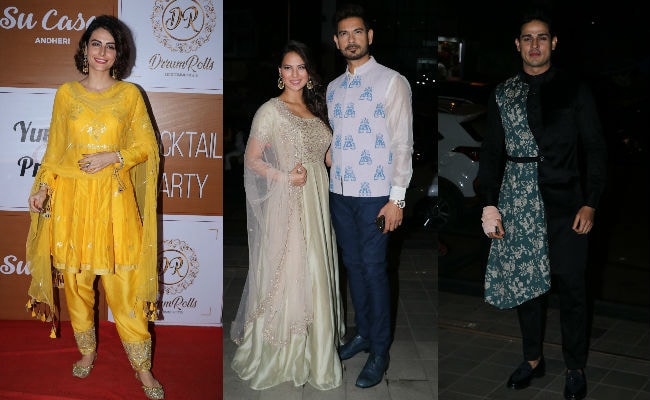 Karan Kundra and Anusha Dandekar made a couple's entry: 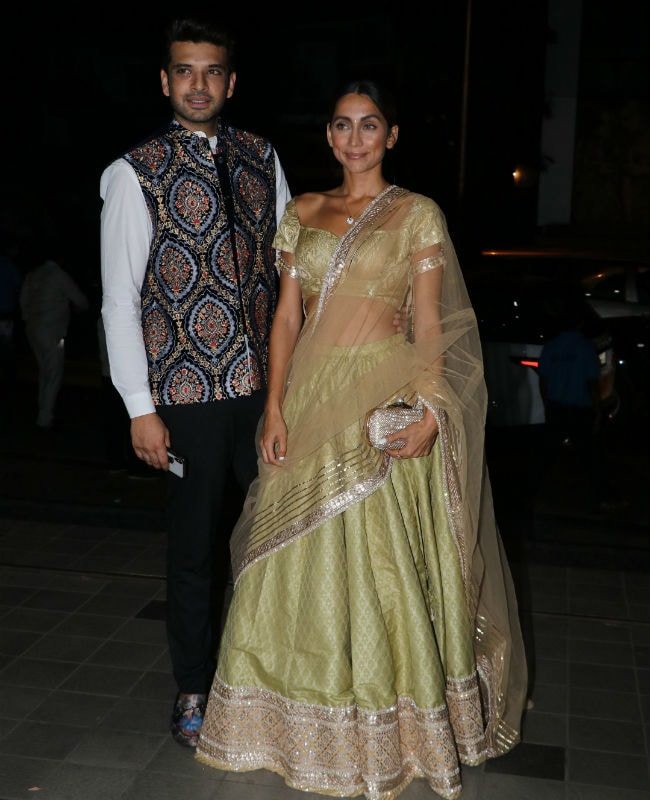 Actress Rashmi Desai, best known for roles in Uttran and Dil Se Dil Tak, also made it to the party. Actress Monica Bedi and MTV's Divya Agarwal (who dated Priyank Sharma at some point) looked fabulous too. Prince and Rannvijay Singha are acquaintances from Roadies X2 and Splitsvilla 8. Prince won both reality shows, which were co-hosted by Rannvijay. Prince Narula's former Roadies co-contestant Varun Sood was also present at the party. Here's a group photo outside the venue. 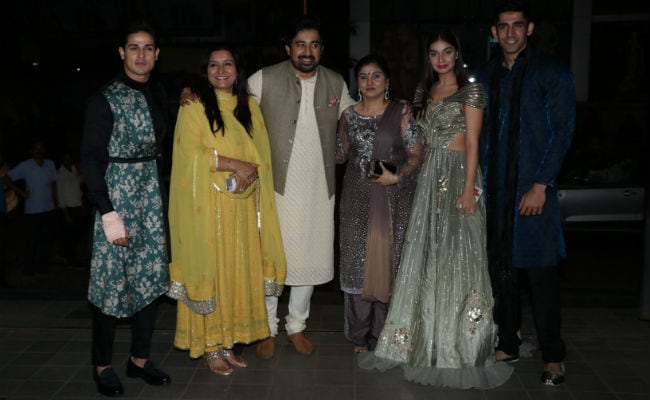 Prince and Yuvika met while they were participants in Bigg Boss 9. They've inseparable after the show. Prince Narula became a household name after winning three reality shows back-to-back. His first TV show was Bado Bahu and he was recently seen in a short role in Naagin 3.

Yuvika has featured in films such as Om Shanti Om, Naughty @ 40 and Veerey Ki Wedding. She is also known for her roles in TV shows such as Astitva...Ek Prem Kahani and Kumkum Bhagya.