Bigg Boss: Rochelle Rao Posted This Reunion Pic And Transported Us To Season 9

A delight to see all ex-Bigg Boss contestants together 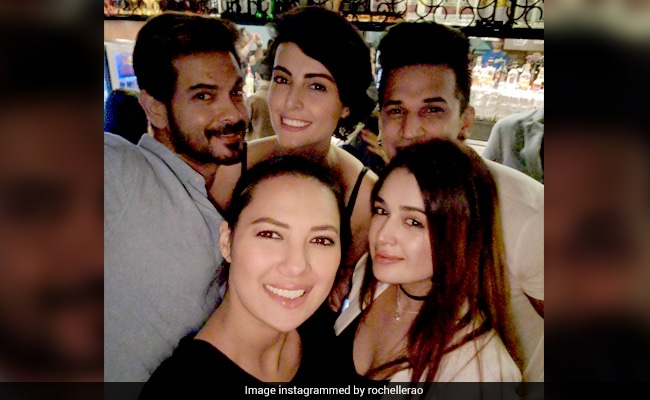 New Delhi: Bigg Boss 9 contestants had a reunion of sorts and transported us to 2015. On Friday, model anchor ex-Bigg Boss contestant Rochelle Rao nposted a photo, featuring some of ex-Bigg Boss housemates. The photo posted by Rochelle featured her boyfriend TV actor Keith Sequeira, actress Mandana Karimi and reality star couple Prince Narula and Yuvika Chaudhary. The reunion was definitely a delight to watch for all Bigg Boss fans, who are currently awaiting for Bigg Boss 11 finale. In no time, the photo went viral on social media and has become the Internet's current favourite. It has received 6,844 'likes' in less than one hour and comment section is filled up with compliments like: "Nice" and "our favourites" while some of the users have also highlighted that the photo brought back the old memories.

Promoted
Listen to the latest songs, only on JioSaavn.com
Salman Khan, who's currently hosting Bigg Boss 11, also hosted the ninth season, which was won by Prince Narula. Prince and Yuvika met on the show, fell in love and recently made an official appearance on MTV Splitsvilla X.