Bigg Boss 11: Hiten also said that Shilpa Shinde can win because she is very strong 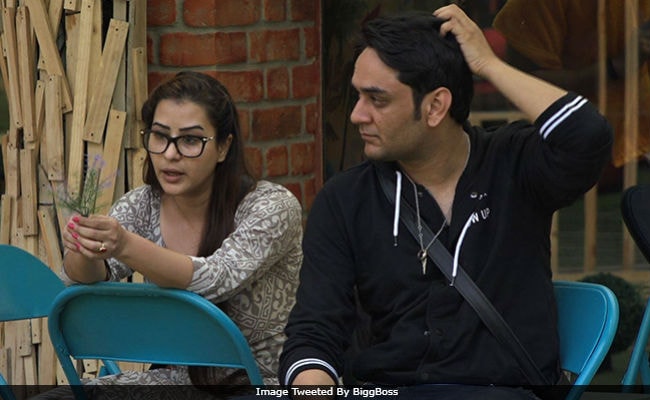 New Delhi: "Vikas Gupta deserves to win Bigg Boss 11," ex-contestant Hiten Tejwani told Mumbai Mirror. Hiten was eliminated about a month ago after most of the housemates decided to save Priyank Sharma over him. "People are saying Shilpa can win because she is very strong and people are supporting her. And there are voters for Hina also so anything can happen but yes, Vikas deserves to win," Hiten told Mumbai Mirror. Akash Dadlani was eliminated last night from Bigg Boss 11 and currently, Vikas, Shilpa, Hina and Puneesh Sharma are competing for the finale, scheduled to take place over the weekend.

During Hiten's stay in the Bigg Boss 11 house, the contestants blamed him of following Vikas' instructions and said he was playing according to him. However, Hiten says that Vikas used to come to him for every suggestion and only listened to him. "For everything he used to come to me and ask me. I wouldn't say I would lead him but we would sit together and I would make him understand how he should play the game. And he used to listen and respect my views. Now, people are saying that behind my elimination he is the culprit, whatever it is. I think inside the house he was good to me. He took my side when I was leaving. Rest everyone is playing a game there. I take him as a friend and that is it," Hiten told Mumbai Mirror.

Meanwhile, Luv Tyagi, who was eliminated last week, feels that Shilpa will win the show. "Everyone in the show right now deserves to win but if you look at the entire journey, I really think Shilpa has a strong chance," he told Indian Express.

Promoted
Listen to the latest songs, only on JioSaavn.com
Vikas Gupta, Shilpa Shinde and Hina Khan form the celebrity group while Puneesh Sharma entered the house in the non-celeb group.

Who do you think will take home the Bigg Boss 11 trophy and prize money of Rs 50 lakh? Tell us in the comments section below.