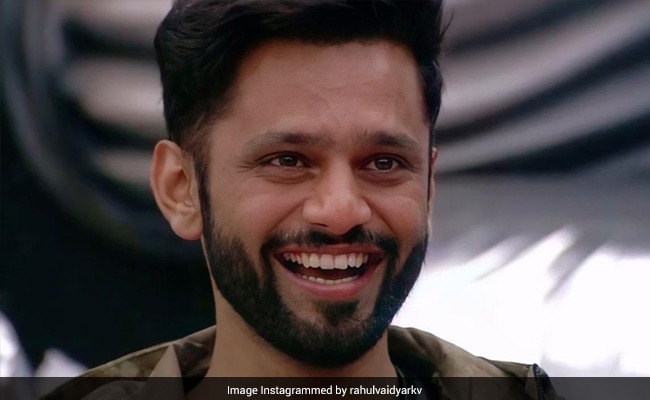 If you have been following Bigg Boss 14 alumnus and singer Rahul Vaidya on Facebook, you might have noticed some unusual activities on his official handle. Turns out, his Facebook account has been hacked. Now, Rahul's Facebook handle features "random videos" posted by the hacker. On Thursday, Rahul shared the news with his followers on Instagram in which he requested everyone to "ignore all the random videos". He posted an Instagram story that read, "Hello everyone.. My Facebook page has been hacked. Pls ignore all the random videos posted by the hacker. Trying to get it back asap." 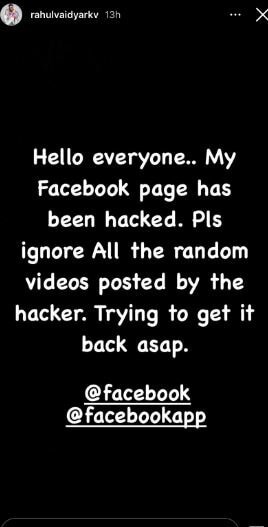 Meanwhile, Rahul Vaidya, who will now be seen as a contestant in Khatron Ke Khiladi 11, flew to Cape Town, South Africa on Thursday night. On Friday morning, he posted a picture from the flight on his Instagram story. He wrote, "See you on the other side." 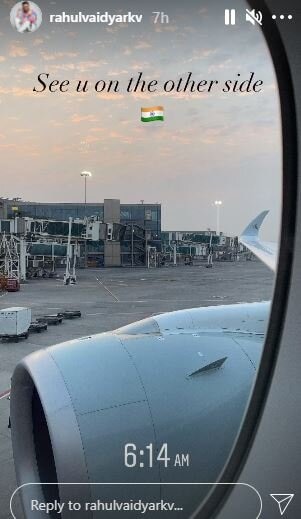 Last night, Rahul was spotted with his girlfriend Disha Parmar at the Mumbai airport. Rahul stole the limelight at the airport as he had indulged in PDA with Disha while bidding goodbye to her. Pictures of their PDA moments are going viral on the Internet.

Earlier, Rahul had shared a video with Disha on his Instagram handle. Rahul wrote a hilarious caption along with it. He wrote, "She is saying don't leave me & go for Khatron ke khiladi to all the snakes Disha Parmar #kkk11...Colors TV."

Take a look at his video here:

Before Khatron Ke Khiladi 11, Rahul Vaidya participated in Bigg Boss 14 last year. He was also one of the contestants in the first season of Indian Idol.