Indian Premier League 2018: Ranveer Singh reportedly quickly jumped on board once the offer was made 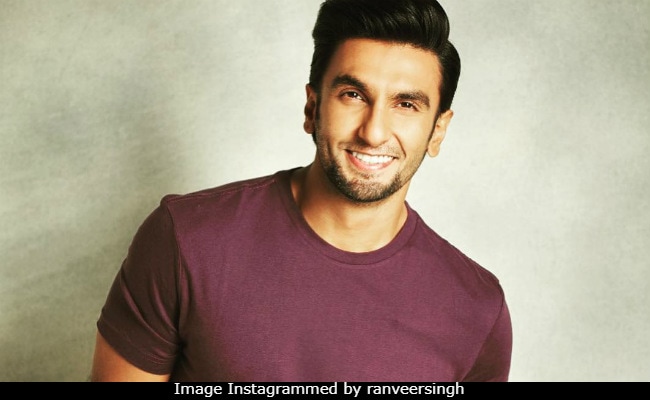 New Delhi: Ranveer Singh, a busy star and the favourite of many, has reportedly been roped in for a blockbuster performance at the opening ceremony of the upcoming Indian Premier League, stated a report in Hindustan Times. The organisers have reportedly sealed the deal with the 32-year-old actor at a remuneration of Rs 5 crores for 15 minutes of stage appearance, added the report. The organisers offered the whopping amount to Ranveer in particular, keeping his humongous fan following in mind, reported Hindustan Times. The 11th edition of the Indian Premier League will kick off on April 7 at the Wankhede Stadium in Mumbai.

A source close to the organisers told Hindustan Times: "He will be shaking a leg for about 15 minutes, but the organising team was always clear that they wanted Ranveer as a performer, and that's why he has been offered such a huge amount."

"His appeal cuts across cities, age-groups and has an equally big fan-following among men and women. That's why the organisers felt that he is the perfect fit for the performance at this year's IPL opening ceremony," the source told Hindustan Times.

Ranveer also reportedly quickly jumped on board once the offer was made and is currently slicing out time from his busy schedule for his dance rehearsals - he wants "to give audiences a breath-taking performance," the insider added. Ranveer is also currently busy with his upcoming films like Gully Boyand Simmba. "He is currently busy shooting for Gully Boy and also prepping for Simmba but has decided to balance out time for his performance's rehearsals as well as other professional commitments," the report quoted the source as saying.

Indian Premier League Day 1 will kick start with a match between Mumbai Indians and Chennai Super Kings on April 7.

Apart from Gully Boy and Simmba, Ranveer Singh has also signed Kabir Khan's '83, in which he will portray the role of Kapil Dev.
Comments
ranveer singhindian premier league 2018