Ranveer Singh Once Chased After A Fan Who Was Filming Him. The Twist - He Was Naked

"I was in the changing room, buck naked.... I look and there's a guy filming with his light on" Ranveer said 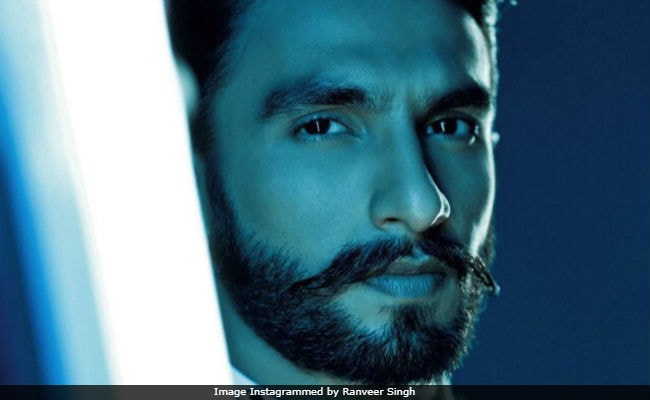 New Delhi: Topping the list of craziest fan moments in Bollywood would definitely be Ranveer Singh's recent experience. The "Padmaavat" star was allegedly being filmed by a creepy fan while he was still inside the changing room, reported Bombay Times. Luckily, the guy had his flashlight on, which alerted Ranveer and he ran 'across the changing room,' to nab the guy. Speaking about the incident to Bombay Times in an exclusive interview, Ranveer said, "I was in the changing room, buck naked. I'm drying my hair in one of the stalls. I look and there's a guy filming with his light on. I was like, Light toh off kar leta, toh pakda nahi jaata."

Ranveer's reaction frightened the guy to such an extent that he didn't even try to escape and the actor easily got the access to the entire recording, which he obviously destroyed. "I ran across the changing room, in my condition, and I shouted Aye! Because the way I shouted, he panicked and forgot to run away. Can you imagine naked me going, Aye, Aye!? I caught his arm and grabbed the phone. Fortunately, I had that presence of mind. Had that video came out... I had to destroy it. It goes to this extent almost every other day," Bombay Times reported Ranveer Singh as saying.

Sometimes, overeager fans (unintentionally) create havoc in hopes of meeting their favourite celebrity or maybe getting a picture with them but incidents like these are truly shocking. However, only Ranveer Singh could have been so cool with his reaction to this entire episode.

On work front, Ranveer has an interesting lineup of projects. He has Zoya Akhtar's Gully Boy opposite Alia Bhatt, Rohit Shetty's Simmba opposite Sara Ali Khan and Kabir Khan's 83, a film about the iconic World Cup win of the Indian cricket team in 1983.