India Vs New Zealand World Cup Semi-Final: Amitabh Bachchan Had A Good Laugh Over This Viral Meme Featuring Him 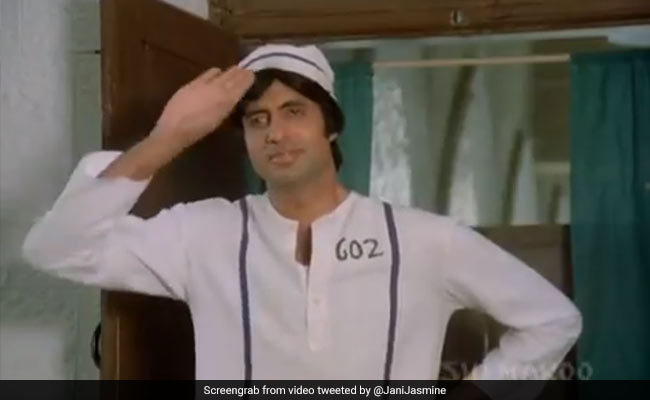 Amitabh Bachchan is a fan of memes (courtesy JaniJasmine)

Amitabh Bachchan got tagged in one particular meme, tweeted by several users (filmmaker Kunal Kohli amongst them), umpteen number of times since yesterday's rain-disrupted semi-final between India and New Zealand. And then he had to had to share it on his own timeline. It all started when a fan dug out a video from Amitabh Bachchan's 1981 movie Kaalia to explain India's take on the semi-final (which was postponed by a day because of rain). The viral video features Big B's dialogue, originally spoken to Pran, which perfectly summed up India's emotions when rain stopped play: "Yun samajh lijiye ki humare aur aapke daryaan jo baazi shuru hui thi, wo thodi der ke liye ruk gayi. Khel jab shuru hoga, toh mohre hum usi jagah se uthayenge zajaan iss waqt thare hain." While sharing the meme, Big B could only laugh out loud: "Hahahahaha," he wrote.

Here's how Kunal Kohli and other Big B fans used the meme to explain the India vs New Zealand situation.

What @SrBachchan has to say about the #IndvNZ semi final of the #WorldCup19 (this is a fwd not my original tweet) pic.twitter.com/AfZrNFbKn8

⁦SrBachchan Sir I can relate this dialogue with Current situation of India Vs New Zealand #INDvsNZ#IndiaIndiapic.twitter.com/UiVXqDwEpw

For those who haven't watched Kaalia, Amitabh Bachchan's character Kallu transforms into a hardened criminal named Kaalia after being wrongly put behind bars. His character in the particular scene that features in the meme was informed about his release orders by the jailer, played by Pran; Kaalia and the jailer were at loggerheads with each other but bonded later in the movie. Here's a lengthier version of the scene. Big B co-starred with Parveen Babi, Kader Khan and Asha Parekh in the movie.

On the work front, Big B has movies such as Brahmastra, Gulabo Sitabo, Chehre and Sye Raa Narasimha Reddy in the line-up.