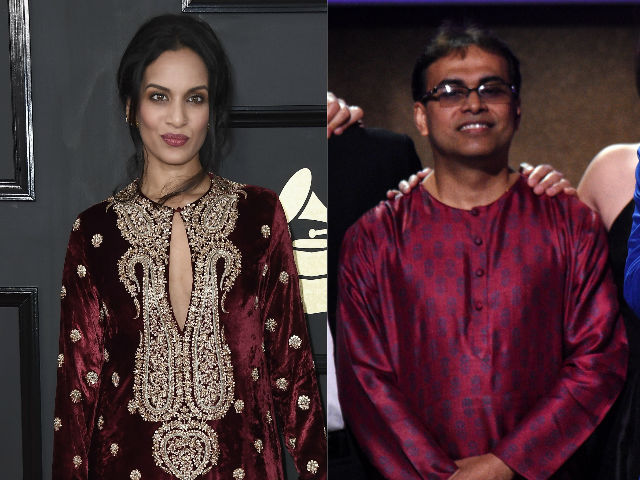 New Delhi: Singer and sitarist Anoushka Shankar was sixth time unlucky at the 59th Grammy Awards held in Los Angeles. Anoushka was nominated in World Music Album category for Land Of Gold. However, that Grammy went to Sing Me Home, by cellist Yo-Yo Ma and The Silk Road Ensemble, a member of which is Indian tabla player and composer Sandeep Das. The Silk Road Ensemble consists of artists from across the globe and, referring to US President Donald Trump's travel bans, Mr Das said at the Grammys, "When things like this happen, it impacts us directly because a lot of us come from a lot of those countries," reports news agency PTI. The Ensemble also includes New York-based Syrian clarinet player Kinan Azmeh, who was recently stranded abroad until a US federal court stayed the travel ban. "In the current situation, I think we'll keep playing more music and sharing more love," said Mr das.

Sandeep Das, 46, trained under Kishan Maharaj and has been performing with The Silk Road Ensemble ever since it was formed in 2000. This was his third year at the Grammys - he was nominated for Best Classical Crossover Album in 2009 and Best World Music Album in 2005.

Anoushka Shankar, who attended the Grammys dressed in a Sabyasachi outfit, was accompanied by her husband, British filmmaker Joe Wright. "Very excited that this man is my date to the #grammys today! It's the first time he's been free to join me," she tweeted before the show.

A photo posted by Anoushka Shankar (@anoushkashankarofficial) on Feb 12, 2017 at 2:30pm PST

Anoushka received her first Grammy nomination at age 20. She has been nominated several times ever since, without having won. Her father, late sitar maestro Pandit Ravi Shankar, won two Grammys and two in collaborations.

Promoted
Listen to the latest songs, only on JioSaavn.com
The Grammy Awards 2017 were held in Los Angeles and British singer Adele scored maximum trophies including the top three - Song Of The Year and Record Of The Year for Hello and Album Of The Year for 25.