"Repeat after me," Kajol wrote in her tweet, referring to this dialogue from the film 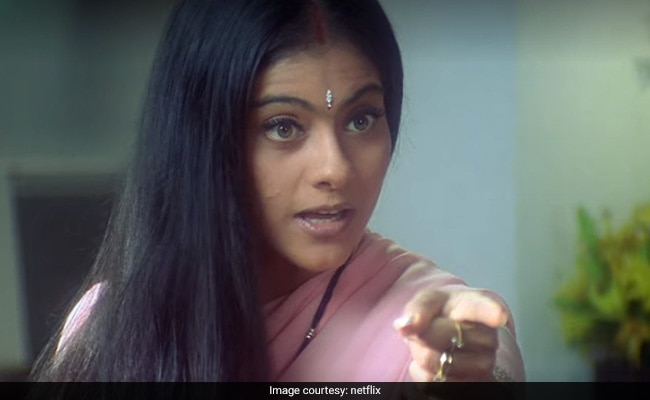 One of the reasons why we love Kajol is because of her filmy tweets and on India's 74th Independence Day, she did something similar. Kajol's filmy tadka for her Independence Day tweet was infused with Kabhi Khushi Kabhie Gham flavour. The 46-year-old actress shared two clips from the 2001 movie, both dipped in patriotism. "Repeat after me," Kajol wrote in her tweet, referring to this dialogue from the film: "Sare jahan se accha, Hindustan humara... kabhi bhulna nahi, haan." For the uninitiated, Kajol's character Anjali Sharma was speaking to her son Krish Raichand, who, growing up in London, was reminded about his Indian roots and traditions by her mother. Anjali and her husband Rahul Raichand (Shah Rukh Khan) moved to London after Raichand family patriarch Yashvardhan Raichand (played by Amitabh Bachchan) did not accept their pairing.

Kajol was last seen in short film Devi, which received much critical acclaim. Her upcoming project is Netflix film Tribhanga, which will mark her digital debut. Produced by Ajay Devgn, Tribhanga will be directed by Renuka Sahane.