"On this auspicious Day of our Independence, wishes for peace, prosperity," tweeted Amitabh Bachchan. 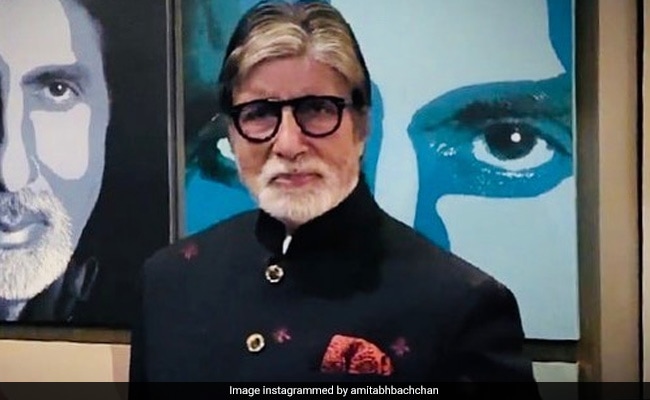 Amitabh Bachchan, who was in a Mumbai hospital with COVID-19 in the recent past, gave a massive shout-out to the "true warriors" of the coronavirus pandemic in his social media posts on Independence Day. In an elaborate entry on his official blog on Tumblr, Big B referred to the medical professionals and healthcare workers as the "true warriors" in the fight against COVID-19. In his Independence Day special tweet, Big B dedicated this message to "the true warriors in the fight against COVID-19": "Salute... and on this auspicious Day of our Independence wishes for peace, prosperity." Mr Bachchan had thanked the medical team at the Mumbai hospital in several posts during his stay. Big B, along with his son Abhishek Bachchan, were admitted to Mumbai's Nanavati Hospital on July 11 - Amitabh Bachchan was discharged on August 2 while Abhishek returned home on August 8.

T 3627 - the true warriors in the fight against CoviD .. salute .. and on this auspicious Day of our Independence wishes for peace prosperity .. pic.twitter.com/N6ag0JKoOK

On his blog, Mr Bachchan shared a few paintings, depicting doctors, which were sent to him when by his friend, when he was in the hospital. Describing the painting, Big B wrote: "These have been the true warriors during this pandemic... they work round the clock... do not go back to their homes... stay on the premises to attend to the patients, giving them treatment yes, but hope too and a gentle presence in the absence of loved ones... salutations."

On the eve of India's 74th Independence Day, Amitabh Bachchan also wrote down his late night musings on his official blog: "15th August... Independence Day... and our hearts and minds give credence and love to the sacrifices made so we may achieve what we are today."

Abhishek's wife Aishwarya was also briefly in the hospital and returned home on July 27 after testing negative for the virus. Their eight-year-old daughter, who also tested positive, also recovered and returned home with Aishwarya.