In The Wake Of Harvey Weinstein Scandal, How Bollywood Reacts To Sexual Harassment

"The way men are being called out in Hollywood right now, I don't know if it can happen in India," said Alankrita Shrivastava, whose last-directed film Lipstick Under my Burkha was acclaimed for its examination of women and sexuality 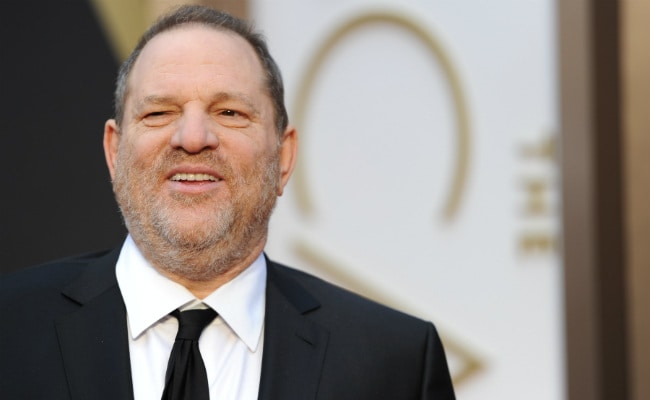 Mumbai: When Indian actress Divya Unny flew into the southern state of Kerala in 2015, she thought it was for a business meeting with an award-winning director about a role in his upcoming film. Instead, she was called to the director's hotel room at 9 pm, where the man propositioned her for sex and told her she would have to make compromises if she wanted to succeed in the film industry. "You always hear of actresses getting called by directors to hotel rooms at night, but I didn't think twice because I was going in with a reference," she told Reuters.

Unny said she rejected the advances of the director, whom she declined to name, and left without a role in the movie. Reuters was unable to confirm her accusations.

Three other women involved in India's film industry, the world's largest, told Reuters that Unny's experience isn't unique. But even after allegations of sexual assault and harassment levelled at Hollywood producer Harvey Weinstein prompted a wave of similar complaints, Bollywood has been reluctant to name and shame perpetrators.

"The way men are being called out in Hollywood right now, I don't know if it can happen in India," said Alankrita Shrivastava, whose last-directed film Lipstick Under my Burkhawas acclaimed for its examination of women and sexuality.

"In terms of how our psychology is, how patriarchy functions, it is much more entrenched," she said.

The vast majority of Bollywood's biggest producers and film-makers are men, many from prominent film families who until recently controlled most of the industry.

Mukesh Bhatt, who co-heads production house Vishesh Films, said India's film industry should not be singled out and was limited in what more it could do to prevent harassment.

"What can we do? We cannot do any moral policing," Mr Bhatt, told Reuters in a telephone interview. "We cannot keep moral cops outside every film office to see that no girl is being exploited."

The industry also had to be cautious about false allegations, said Mr Bhatt, who was previously the chairman of apex industry body, the Film and Television Producers Guild of India.

"I am not saying men have not been exploitative. They have been for centuries. But today's woman is also not as simple as she pretends to be," he said. "But just as there are good men and bad men, so also there are women who are exploitative and very cunning. Also blatantly shameless to offer themselves." He declined to provide any examples.

Despite laws requiring Indian companies to form internal committees to investigate sexual harassment at the workplace, very few of cases are reported to the police, said women's rights activist and lawyer, Flavia Agnes.

"They (companies) may have a committee or they may not have one. They may do an investigation or they may not do one. And they may or may not file a complaint. It could go wrong at every stage," she said.

Reports of sexual assault, while rare, are not unheard of in India's film industry.

Earlier this year, Gopalakrishnan Padmanabhan Pillai, a popular actor in the Malayalam film industry best known by his stage name Dileep, was arrested by police who accused him and several others of kidnapping and molesting an actress. Dileep denies the accusations.

"He says it is a completely false case. He was framed by the police and some enemies," B Raman Pillai, a lawyer for Dileep, told Reuters.

Fans cheered and distributed sweets as he walked out on bail last month after more than 80 days in prison. The police haven't filed formal charges in court, after which a date for the trial would be set. "We will file a charge sheet in the next two weeks. Maybe next week," Biju Paulose, an inspector of police in charge of the case, told Reuters by phone.

Kangana Ranaut is one of the few Bollywood actresses who has publicly spoken out about sexual assault and harassment. Ms Ranaut, who has appeared in 30 films in the past decade, told Reuters she had faced "severe sexual exploitation and harassment at the work place", without elaborating.

"I've read some stories (about harassment) shared by few prominent people, but most people find it hard to open up about such experiences," she said. "Victim shaming is very common in our society, it's done brutally and openly." According to a survey conducted by The Indian National Bar Association this year, around 70 percent of Indian women said they would not report sexual harassment at the workplace because they weren't confident about the complaint mechanism and because of the stigma attached to victims.

Ms Shrivastava, the director, said the kind of cinema Bollywood often produces demonstrates its attitude towards sexual harassment and assault.

For example, two of this year's hit movies - Toilet - Ek Prem Katha and Badrinath Ki Dulhaniya - showed the hero stalking the leading lady, taking pictures of her without her knowledge.

Promoted
Listen to the latest songs, only on JioSaavn.com
"For decades, we have created cinema where harassment is depicted as love," Ms Shrivastava said. "And that reflects the mentality of the creators - that they keep portraying it, and excusing it in the name of commerce."