From taking a Gandola ride to skiing, Sara Ali Khan and Amrita Singh are having the time of their lives in the snowcapped valley 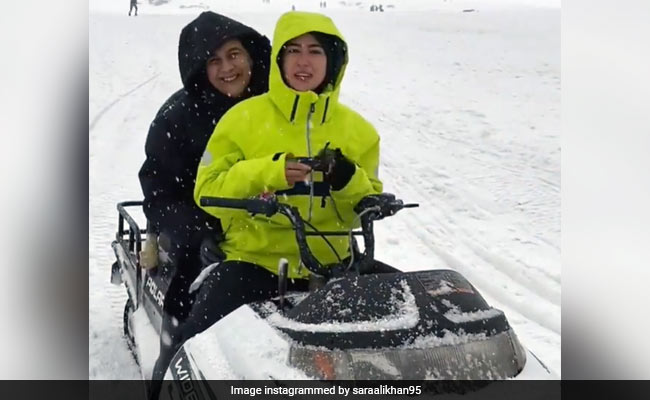 Tour guide Sara Ali Khan is back with another ROFL Instagram video - this time from her Gulmarg vacation. The actress flew to Jammu and Kashmir with her mother, actress Amrita Singh, and brother Ibrahim Ali Khan last week for a family holiday. While Sara had already shared glimpses of her fun time with brother Ibrahim last week, she added a new video to her "Namaste Darshako" series on Monday evening. Sara, as usual, left her Instafam in splits with her hilarious commentary but it was Amrita Singh's expressions that stole the show on the Internet. In the first part of the clip, Sara and Amrita Singh can be seen taking a Gandola ride and the veteran actress looks quite scared. "Namaste Darshako, jaisa ki aap sab dekh sakte hain, bahar barf pad rahi hai kintu humari maata humare sath Gandola par chadh rahi hain. Jaisa kia aap dekh sakte hain, wo thoda dar rhi hai kintu wo constant prayatna kar rahi hain," Sara hilariously said in the clip.

In the next part of the clip from the snowcapped valley, the mother-daughter duo look ready for skiing. But Sara, before beginning the adventure, channeled her inner commentator and said: "Hum aagayein hain upar. Maza aaya super duper. Mummy has been a trooper." Amrita Singh can be seen laughing at her daughter's unique shayari in the video.

And here's are glimpses of Sara Ali Khan having the time of her life in Gulmarg: 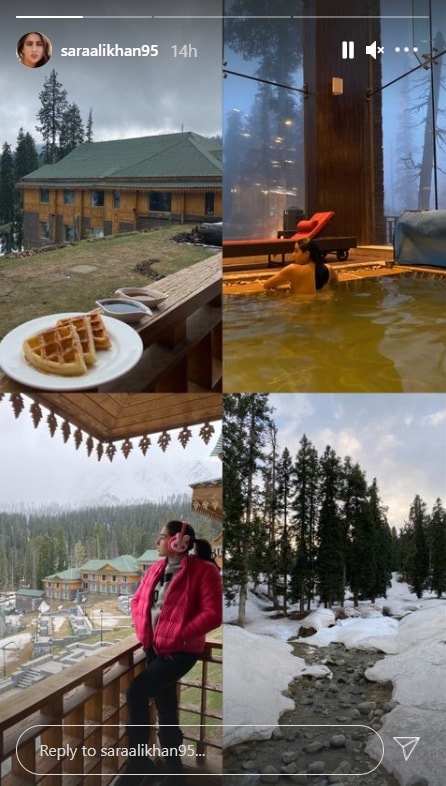 Last Saturday, Sara shared the first picture of herself and Ibrahim from their Gulmarg vacation and wrote: "The chosen frozen." In the photo, Sara and Ibrahim can be seen posing on a snow bike. She looks pretty in grey woolens, denims and boots.

Sara Ali Khan was last seen in Coolie No 1, in which she co-starred with Varun Dhawan. The film failed to impress critics, as well as cine-lovers. She has Atrangi Re with Akshay Kumar and Dhanush lined up. The film is being directed by Aanand L Rai.