While Renee simply shared the photo with the black heart icon, Sushmita had shared details about this memory in a previous post from last year 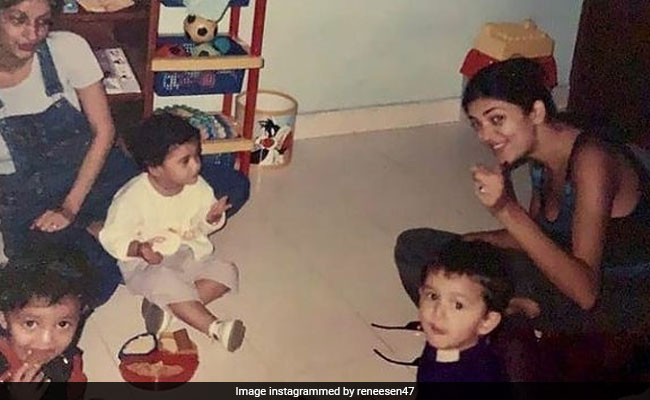 Actress Renee Sen set off major nostalgia on Instagram as she shared a blast from the past, featuring her mother Sushmita Sen. The former beauty queen, a single mother, adopted Renee in 2000 and Alisah in 2010. The throwback memory, which appears to be from a play date, features a 26-year-old Sushmita Sen with Renee, who was just two years old then. While Renee simply shared the photo with the black heart icon, Sushmita had shared details about this memory in a previous post from last year. "Sometimes I look at these pictures and wonder, when I see Renee and me even at age 2 years and 26-years-old... the child was always me! It's magical to realise I am the one who's been mothered all along. I love you guys," Sushmita had written. Renee will celebrate her 22nd birthday in November this year.

Here's how Renee Sen refreshed our memories of Sushmita's post from last year:

Last month, Renee Sen participated in an interactive session with fans on Instagram and trended a great deal for her heart-warming answer when asked about her "real mother." Meanwhile, here's how Renee responded to the curious fan who asked: "Do you know who your real mother is?" Renee, along with the red heart, replied in these words: "I'm born to my mother's heart. This is as real as it gets." 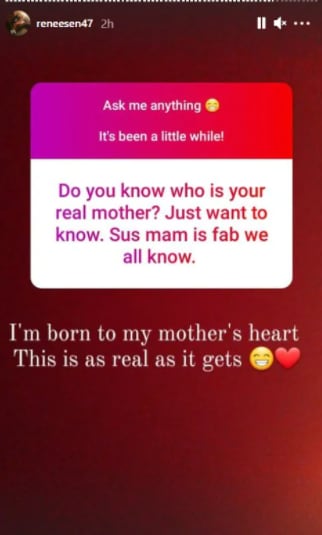 In terms of work, Sushmita Sen was last seen in Hotstar Specials web-series Aarya, which is an adaptation of Dutch drama series Penoza. Meanwhile, Renee Sen made her acting debut with a short film titled Suttabaazi by director Kabeer Khurana, which released last year. Renee made a promising acting debut with her performance as a teenage rebel, struggling to deal with her parents during the lockdown.