In Los Angeles, Priyanka Chopra Got A "Taste Of Home," Courtesy Boney And Khushi Kapoor 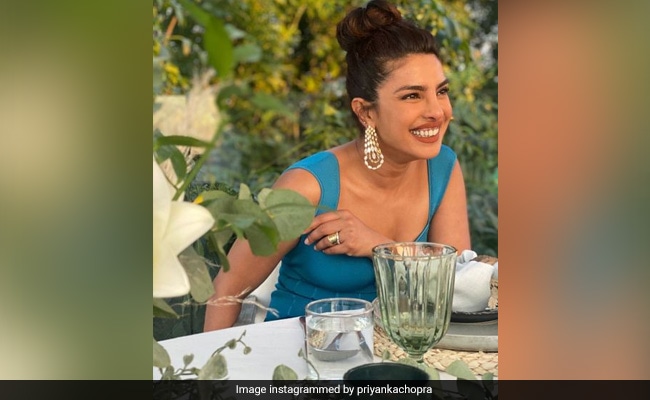 Priyanka Chopra, who stays in Los Angeles, got a "taste of home," courtesy a few Indian snacks brought to her by film producer Boney Kapoor and his daughter Khushi, who checked into Los Angeles earlier this week. On her Instagram story on Wednesday, Priyanka Chopra shared a picture of a few snacks - some khakhra, poha and a few packets of namkeens. She wrote in her caption, "Thank you Boney Kapoor and Khushi Kapoor for a taste of home! So kind." Priyanka Chopra is a true blue foodie. Earlier this year, she launched a homeware collection brand Sona Home. She also runs an Indian restaurant in New York called Sona. 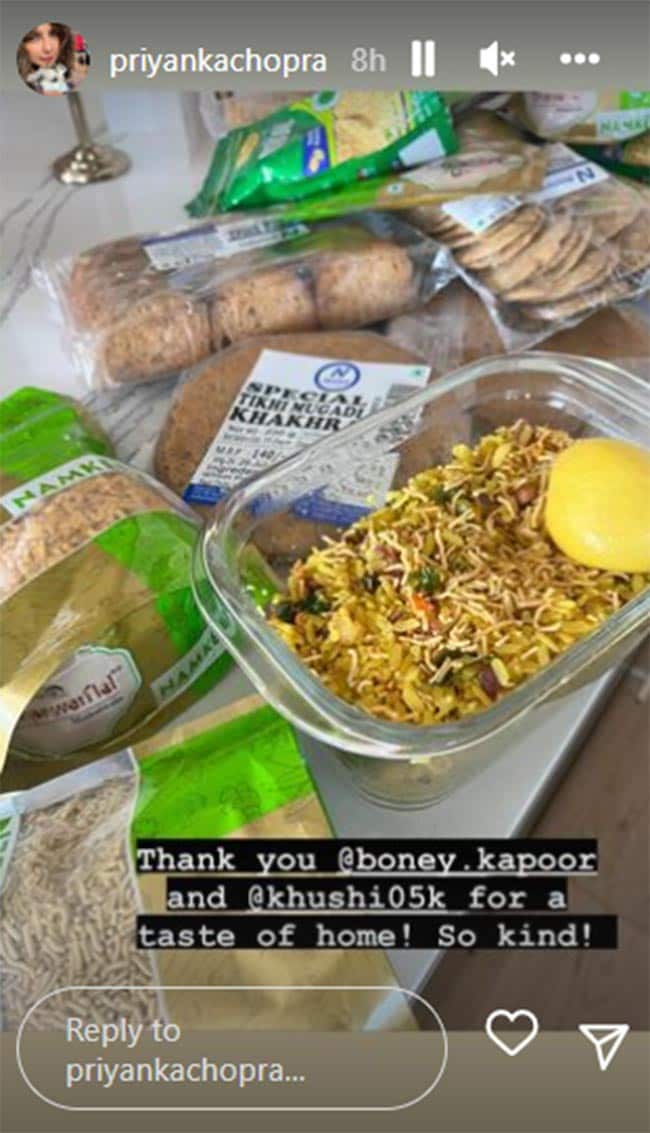 Khushi Kapoor checked into Los Angeles earlier this week. She shared some pictures from her time there - which included chilling in the pool, spending time with friends and of course, a mirror selfie oe two. She captioned the post: "Did you really go to LA if you haven't posted a picture of palm trees on your Instagram."

Back in 2018, Priyanka Chopra shared this picture of herself with Janhvi and Khushi Kapoor from Milan, Italy.

Khushi Kapoor is all set to make her big Bollywood debut with Zoya Akhtar's adaptation of The Archies, which will premiere on streaming giant Netflix. It will also star Amitabh Bachchan's grandson Agastya Nanda and Shah Rukh Khan and Gauri Khan's daughter Suhana Khan.