In successive rants, Kanye alleged that Kim was trying to have him "locked up" and called her a "white supremacist" 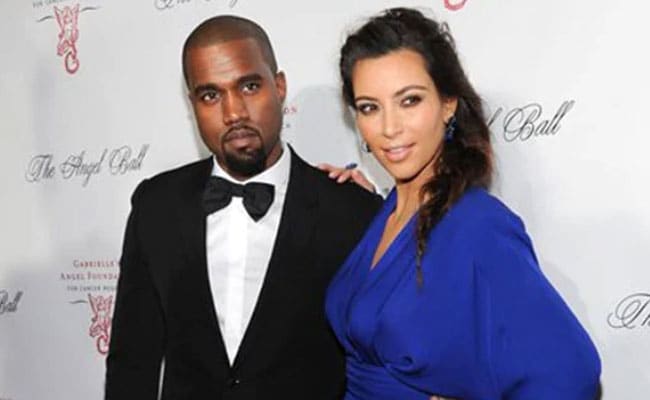 A file photo of Kanye West and Kim Kardashian.

Kanye West's Twitter has gone up in flames these last couple of days after he posted and then, thankfully, deleted a series of increasingly bizarre tweets about wife Kim Kardashian. In successive rants, Kanye alleged that Kim was trying to have him "locked up," called her a "white supremacist" and claimed in that he has been trying to divorce her. This alarming meltdown has prompted concern for the musician's mental health and wellbeing. Kanye West, who is also apparently running for the White House, and Kim Kardashian married in 2014 and have four children.

In his most recent deleted rant, Kanye West tweeted that he has been trying to divorce Kim Kardashian ever since Kim's hotel meeting with rapper Meek Mill to discuss prison reform, a subject Kim has been advocating for some time. The meeting with Meek Mill, who is also an activist in addition to being a musician, was in 2018 - Kanye's tweet appeared to indicate that he suspects Kim of having been unfaithful. Kanye also accused Kim of "white supremacy" for having "put out a statement without (his) approval" - not getting his approval first is what Kanye defines as "not what a wife should do." In addition to his opinion on what qualifies as wifely behaviour, Kanye West also referred to Kim Kardashian's mother Kris Jenner as "Kris Jong-Un" in his tweets.

All these tweets have been deleted, though screenshots are circulating online. This post, in which Kanye West refers to himself as USA's "future President," remains:

Kim Kardashian was "completely devastated" by Kanye West's comments about her at a rally to launch his White House campaign and subsequent tweets, a source told Entertainment Tonight. The source also said that Kim was trying to get Kanye help - the rapper has been open about having been diagnosed with bipolar disorder - and that "she only ever wants the best for her husband." This is likely the 'statement' that Kanye considers as falling in the "not what a wife should do" category.

At an extraordinary rally in South Carolina some days ago, Kanye West announced that he was running for President - nobody is quite sure whether his bid for the White House is genuine but he seems to have Elon Musk's vote. At the rally, Kanye claimed that he and Kim had discussed abortion when she was pregnant with their oldest child, daughter North. Later, he tweeted that Kim and her mother were trying to "lock (him) up" and that the 2017 movie Get Out, a horror-genre take on the concept of slavery, was about him.