Kriti Sanon, do you want toned legs or not? 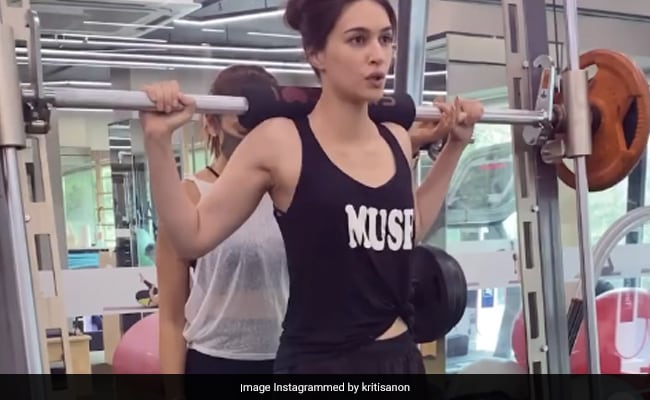 Kriti Sanon in a still from her video (courtesy kritisanon)

Kriti Sanon, just want to let you know you are not alone in this. We all hate leg days. The Heropanti actress shared glimpses of her work out sessions with trainer Yasmin Karachiwala on Instagram in two videos. The "reality" version of her gym day experience is in sharp contrast to the Instagram version of the video. In the first video, Kriti can be seen doing all forms of leg day excercises, including squats with weights. "Leg day and me! Expectation v/s reality. Or rather, Instagram v/s Reality. Don't forget to swipe to see how much I love doing legs!" Kriti captioned her video. We did swipe and what we found there was hilarious.

The "real" behind-the-scenes video, which is the second on in Kriti's post, opens with the actress telling Yasmin Karachiwala: "I hate squats." Then, an annoyed Kriti can be heard saying: "Yas, you have to give me a little bit break time." Yasmin Karachiwala, known for being a strict taskmaster, encourages Kriti to not give up and says: "Think of those legs you want."

"But it's not happening. It's burning," Kriti says in response. At one point, Kriti also kicks Yasmin, who was supervising her work out sets. The video ends with Kriti rolling on the floor - not laughing but crying. In Kriti Sanon vs leg days, Kriti Sanon wins. Here, take a look:

In terms of work, Kriti Sanon has an impressive line-up of films - she will next be seen in films such as Mimi, Hum Do Hamare Do, Bachchan Pandey, Bhediya and Adipurush.