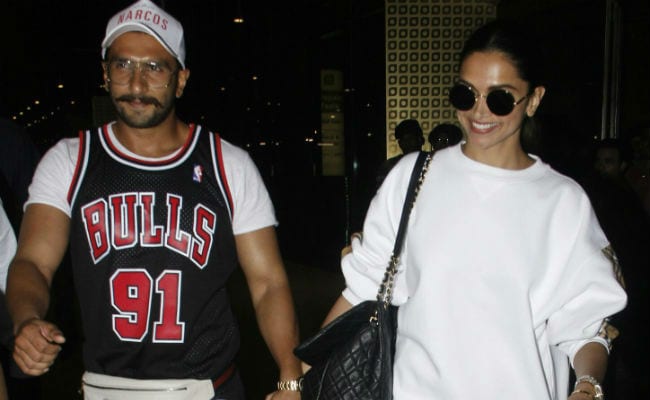 Deepika and Ranveer in Mumbai

Fans on Instagram didn't miss Ranveer's voice-over either and posted comments like: "Was that Ranveer Singh who said (go)... aww cute! Husband goals!" and "Ranveer's voice."

Deepika and Ranveer may not feature together in frequent social media posts but the couple never fail to make their presence felt on each other's social media. Here's what Deepika Padukone posted and Ranveer Singh replied:

Ranveer Singh was seen in Deepika Padukone's Instagram a week ago in an adorable picture shared by her, in which along with the couple, Deepika Padukone's sister Anisha Padukone was also seen. The actress shared the picture with the caption: "Cuddles and snuggles! Smashed in the middle!" Ranveer Singh's comment on this photo said, "snuggles" and even sister Anisha Padukone commented saying "Sunday club." Many other colleagues of the stars had also made adorable comments on their photo.

Deepika Padukone and Ranveer Singh got married last year in the month of November and are currently busy with their upcoming films. Deepika Padukone is filming Meghna Gulzar's Chhapaak, which is based on the real life story of acid attack survivor Laxmi Agarwal. Meanwhile, Ranveer Singh is working on '83, which is being directed by Kabir Khan and movie is the story of India's historic win at the 1983 World Cup. Both of their films will be in theatres next year.