In Bipasha's Pics After Wedding, a Curious Case of Absentee Husband 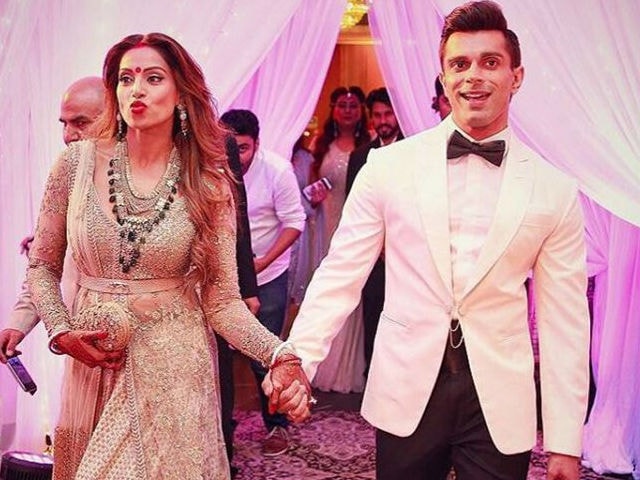 The latest pictures Bipasha Basu shared on Instagram after her wedding to actor Karan Singh Grover, are fun, sassy and minus the Mister. Bipasha, 37, married her 34-year-old Alone co-star Karan in a private ceremony on April 30.

On Tuesday, she posted a pic, dressed in a white lace-dress and 'cute gifts' by her friends. Here she explained the not-so-sinister absence of her new husband.

So the best friends cute gifts are being used And the Mr. Has been put to work, has to take pictures:) He he he.

Bipasha had also posted a thank you message for media and fans, along with a picture, where she is dressed in a white suit and accessorised with shankha-pola, jhumkis and haath-phool.

Thank you all media people, fans , well wishers , film fraternity... For the love and beautiful wishes throughout my entire journey from Miss to Mrs. Keep the love coming always. Love you all

She also shared what her friends and sisters are upto:

My friends and sisters are too adorable! Roaming around the city with JUST MARRIED sign

The private wedding ceremony, which was held in traditional Bengali style, was followed by a star-studded reception which included the likes of Salman Khan, Shah Rukh Khan, Amitabh Bachchan, Abhishek and Aishwarya Rai and many more.

This is Bipasha's first marriage, however, it is Karan's third, who was married to actress Shraddha Nigam and Jennifer Winget, with whom he had worked in TV show Dill Mil Gaye.