'In 1997, I Was Raped By Harvey Weinstein Here': Asia Argento's Powerful Speech At Cannes

"In 1997, I was raped by Harvey Weinstein here at Cannes. I was 21 years old. This festival was his hunting ground," Asia Argento said 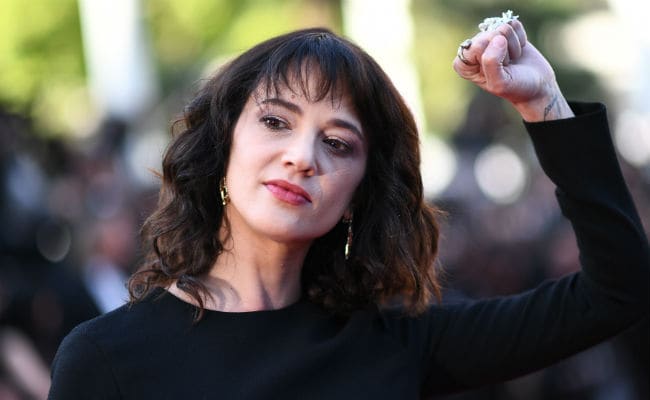 Italian actress Asia Argento was one of the first women to publicly accuse Harvey Weinstein of sexual assault when she told the New Yorker last year that the powerful Hollywood producer forcibly performed oral sex on her in a French hotel during the 1997 Cannes Film Festival when she was 21 years old.

Argento, now 42, said she didn't tell anyone because she feared the producer would destroy her career. "I know he has crushed a lot of people before," Argento told the magazine. "That's why this story - in my case, it's 20 years old, some of them are older - has never come out." She characterized coming forward as a terrifying experience - "Just talking to you about it, my whole body is shaking," she said - but, in doing so, she and several other women contributed to the burgeoning #MeToo movement.

The actress also spoke boldly at the closing ceremony of the 2018 Cannes Film Festival on Saturday, and this time, she did not appear to be shaking. Instead, she bluntly recounted her accusations against Weinstein, pulling no punches.

"In 1997, I was raped by Harvey Weinstein here at Cannes. I was 21 years old. This festival was his hunting ground," she said.

She was there in 1997 promoting the movie B. Monkey, a crime drama she starred in that was distributed by Miramax, the company Weinstein co-founded with his brother, Bob. She said one of Weinstein's producers invited her to a party at a nearby hotel, only she arrived to find there was no party - only Weinstein waiting for her in a hotel room.

Her story echoes that of many of Weinstein's accusers: She said he praised her work, before leaving the room and returning in a bathrobe with a bottle of lotion in his hand. He eventually coerced her into giving him a massage, during which "he pulled her skirt up, forced her legs apart, and performed oral sex on her as she repeatedly told him to stop. Weinstein 'terrified me, and he was so big,' she said. 'It wouldn't stop. It was a nightmare,' " the New Yorker reported.

Weinstein has denied this and all allegations through his representative Sallie Hofmeister, who told The Washington Post in a statement that "any allegations of non-consensual sex are unequivocally denied by Mr. Weinstein."

"I want to make a prediction: Harvey Weinstein will never be welcomed here ever again," she said at Cannes on Saturday night. "He will live in disgrace, shunned by a film community that once embraced him and covered up for his crimes.

The room, which remained silent during the minute-long speech, exploded in applause. Quickly, the speech spread far from France across social media.

"So proud of & grateful to you," tweeted actress Mira Sorvino, another early accuser of Weinstein, whom she said sexually harassed her and attempted to force her into a physical relationship. "You have not backed down in any way as you remind the world of the hideousness of Harvey Weinstein's (& others like him) crimes & the complicit support he still receives."

Rose McGowan, an actress who has also accused Weinstein of rape and who has been a loud and controversial voice in the #MeToo movement, tweeted to Argento after the speech.

"People must understand the bravery involved in what she did. Speaking the raw truth of rape is incredibly hard. Being around the complicity machine that helped the lie last for so long is brutal," she tweeted, adding, "I love you my righteous sister in survival. Bring that fire. End the hunting grounds . . . Keep cleaning house, be brave. It's time."

"Bravo," tweeted Argento's partner, Anthony Bourdain, who called it an "absolutely fearless off-script nuclear bomb of a speech to a stunned crowd."

(Except for the headline, this story has not been edited by NDTV staff and is published from a syndicated feed.)
Comments
Asia ArgentoCannesHarvey Weinstein