"Impossible To Speak Of Irrfan Khan In Past Tense," Says His First Director Mira Nair

"I will miss you so much Irrfan but you have left an extraordinary legacy of work," said Mira Nair 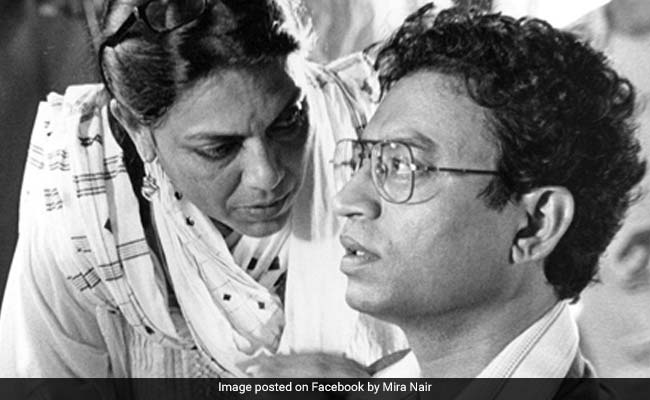 Filmmaker Mira Nair on Sunday said it''s "virtually impossible" to talk about Irrfan Khan in past tense as the actor was alive for everything in life.

Irrfan, 54, died in a Mumbai hospital on Wednesday after a two year fight with a rare form of cancer. He was buried at the Versova graveyard.

During the digital home-to-home fundraiser concert, ''I For India'' which streamed on Facebook, Nair, who had helmed Irrfan''s debut Salaam Bombay andThe Namesake, paid tribute to the actor.

"To speak of Irrfan Khan in the past tense is virtually impossible, because Irrfan was always alive. He was alive to life, whimsy, friendship, alive to the street child. Irrfan was one of the most beautiful listeners I have ever known. He listened beautifully and harnessed it into his art," she said.

The filmmaker said the best part about Irrfan was that in his work, there was never a repetition, "never something that you had seen before."

"There was always this inimitable honesty and this twinkle, this knowing sense that he had seen through it. He was bringing it to you with nothing that covered the purity of the intent.

"I will miss you so much Irrfan but you have left an extraordinary legacy of work because you always knew that you were special, that you had something that must be cherished, nourished and not fritted away. That''s what you gave us, in each of your roles."

Nair said with Irrfan''s passing away, all that she will look forward to now is everything and everyone who were influenced by him.

"You have left an inspired group of extraordinary actors across the subcontinent, who looked to you, your flame is still in them. That is my only sucker, as I keep going in a world without Irrfan, in a cinema without Irrfan, but thank you. There are no words for what you have given us," she added.

Personalities from the field of entertainment and sports came together for the digital concert to raise funds for the frontline workers, who are working round the clock to contain the coronavirus pandemic.

All the proceeds from the fundraiser concert, in collaboration with Facebook, will go to the India COVID Response Fund managed by GiveIndia, to support on-ground relief efforts.