Chiranjeevi has featured in over 150 films 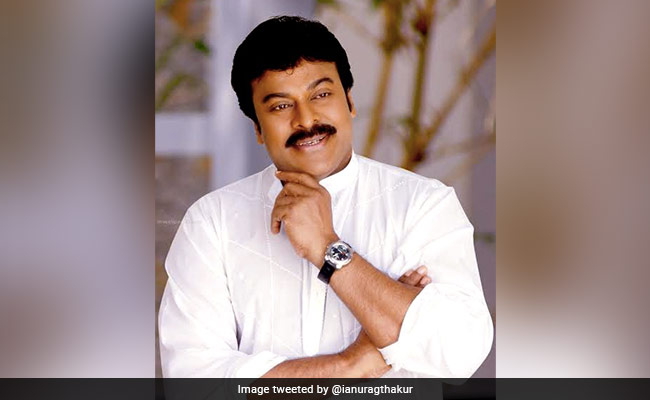 During the opening of the 53rd International Film Festival of India (IFFI), Chiranjeevi was named the Indian Film Personality of the Year. Anurag Thakur, Union Minister of Information and Broadcasting, announced at the film festival. Also, he congratulated the megastar on his Twitter handle. Sharing a picture of Chiranjeevi, Anurag Thakur wrote, "Indian Film Personality @IFFIGoa..Sh Chiranjeevi Ji has had an illustrious career spanning almost four decades, with over 150 films as an actor, dancer & producer. He is immensely popular in Telugu Cinema with incredible performances touching hearts! Congratulations @KChiruTweets."

Sh Chiranjeevi Ji has had an illustrious career spanning almost four decades, w/ over 150 films as an actor, dancer & producer.

Chiranjeevi, 67, is regarded as one of the most successful actors in Indian cinema. He made his acting debut with the 1978 film Punadhirallu. In a career spanning over four decades, the megastar has been the recipient of numerous awards and accolades, including 10 Filmfare awards, 4 Nandi awards and  Padma Bhushan, India's third-highest civilian award.

The megastar has starred in over 150 films in Telugu and some in Hindi, Tamil, and Kannada. He was recently seen in Godfather, which also stars Salman Khan and Nayanthara. Next year, the superstar will be seen in Waltair Veerayya, co-starring Ravi Teja and Shruti Haasan. The movie is scheduled to hit the theatres on the occasion of Sankranthi, January 11. Also, he has Bhola Shankar, co-starring Tamannaah and Keerthy Suresh. It is slated to release in April 2023.

Vijay Deverakonda Is "Still A Boy (With Big Dreams)" - His Words