If The 2.0 Teaser Was Not Enough, Watch Rajinikanth And Akshay Kumar In This BTS Video

Rajinikanth, Akshay Kumar's 2.0 is an end product of 25 VFX studios 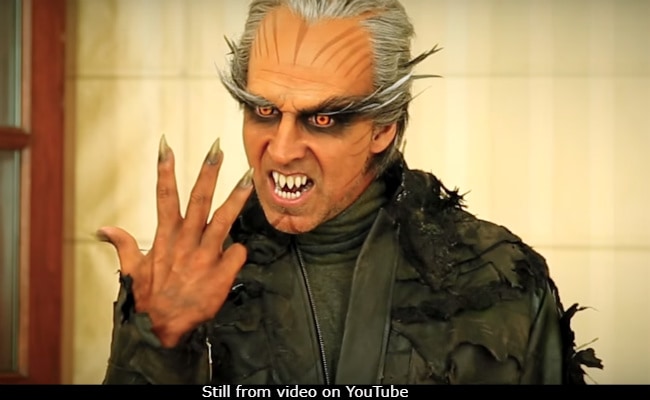 Rajinikanth's Team 2.0 shared a brand new behind-the-scenes video on Tuesday, which is quite interesting indeed. This is the first "Making Of 2.0" video that has been shared after the teaser released last month. The video, which ends with the disclaimer "effort unlimited" explains the heavy usage of VFX that went into the making of the movie. Rajinikanth and Akshay Kumar's 2.0 is an end product of 25 VFX studios worldwide, 2150 VFX shots, 1000 complex VFX shots, 1000 VFX artistes, 10 concept artists 25 3D designers , 500 craftsmen, 3,000 technicians and more. Aren't the numbers simply mind-boggling?

They video also has intriguing glimpses from Akshay and Rajinikanth prep sessions for their looks. The video also incorporates details about their costumes and previsualisation shots.

We got a glimpse of Akshay Kumar vs Rajinikanth in 2.0 when the teaser released on Ganesh Chaturthi - needless to say it went crazy viral and garnered over 32 million views in a day! This will blow your mind, for sure:

Directed by Shankar, 2.0 is a sequel to Rajinikanth's 2010 film Enthiran, in which the megastar played the dual roles of scientist Dr Vaseegaran and his creation robot Chhiti. This year, Rajinikanth will fight a bird-man like antagonist named Dr Richard, played by Akshay Kumar.