Aaand it's here. Gear up. The teaser of Rajinikanth's much-awaited 2.0 is finally out. 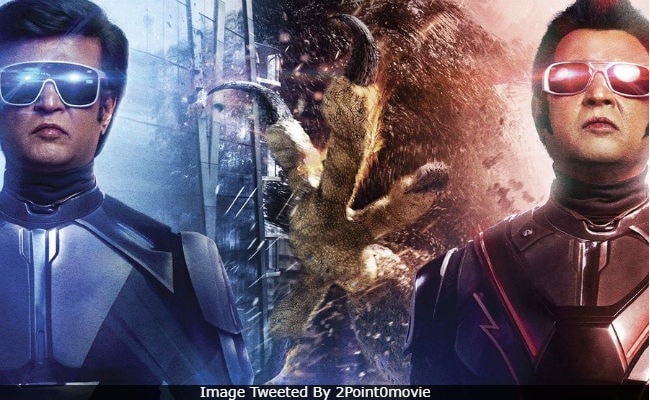 Aaand it's here. Gear up. The teaser of Rajinikanth's much-awaited 2.0 is finally out. 2.0 is Rajinikanth's Ganesh Chaturthi bonanza for us. The teaser is full of some high-octane stunts (don't be surprised) and in the meantime, Chitti the Robot, is given a fabulous introduction. The video begins with a shot of crows descending upon a city, appearing to be Chennai and the next thing which happens leaves the residents confused, rather shocked. Suddenly, the cellphones of the people disappear mysteriously. The administration of the city, chaired by Adil Hussain, meets up to find out a solution to it. "This is beyond science," Rajinikanth, who plays scientist Dr Vaseegaran, says. Thereafter, Chitti takes over. Akshay Kumar, who plays the antagonist, a scientist named Dr Richard, is the man behind all the destruction. Later, Chitti and Dr Richard have a face-off. We also caught a glimpse of Amy Jackson, who is paired opposite Rajinikanth.

Without wasting more time, here's 2.0 teaser for you.

Akshay Kumar had made the big announcement on social media about the teaser arrival date, which had somewhat sent the Internet into an overdrive. A brand new poster of the film also came with Akshay's post.

2.0 is a highly-anticipated film not only for Rajinikanth fans but also for those of Akshay Kumar. 2.0 marks his debut in the Tamil industry. And, what makes it more special is he co-stars with Thalaivar.

Filmmaker Karan Johar is presenting 2.0 in Hindi, in collaboration with Lyca Production. "I am exceptionally proud and honoured to present the mega and mammoth cinema experience - Shankar Shanmugham's exceptional vision is soon coming your way. Watch this space for more," he had tweeted.

I am exceptionally proud and honoured to present the MEGA and MAMMOTH cinema experience - @shankarshanmugh's EXCEPTIONAL vision is soon coming your way. Watch this space for more! #2Point0@apoorvamehta18@rajinikanth@akshaykumar@LycaProductions@DharmaMovies@arrahmanpic.twitter.com/V6aerQIPTg

2.0 is a sequel to Rajinikanth's 2010 film Enthiran (Robot in Hindi). Both Enthiran and 2.0 have been directed by Shankar. Rajinikanth plays the dual roles of scientist Dr Vaseegaran and his creation Chitti the Robot.