Rajinikanth's 2.0 Teaser Releases Not Today But On... 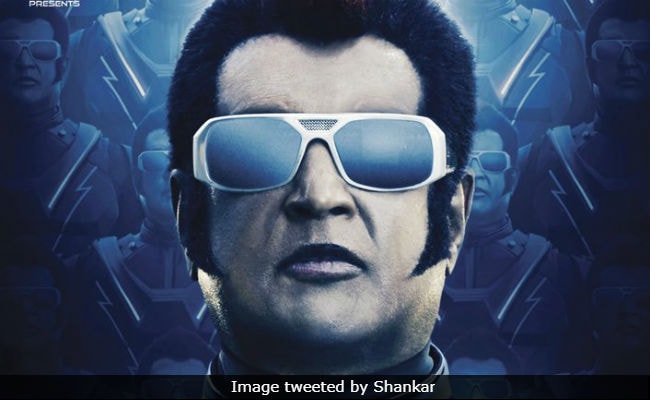 The teaser of Rajinikanth's much-awaited film 2.0 is expected to release on the Internet on September 13, reports trade analyst Ramesh Bala. On Saturday hashtag #2point0 found a spot on Twitter trends list after reports of the teaser launch spread across social media. Fans of Thalaiva (as Rajinikanth is fondly called) are super-thrilled to watch the teaser while a section of the Internet hoped that the filmmakers keep their alleged promise. After all, the release date of 2.0 has been rescheduled several times. 2.0, directed by Shankar Shanmugham, is the sequel to 2010's superhit Enthiran, in which Rajinikanth played the hero (Dr Vaseegaran) and the antagonist, his creation Robot Chitti.

As of now, the release of 2.0 has been delayed by one year. The initial release date set for the film was October 2017, which was postponed to January 2018. The filmmakers then shifted the release to April citing delay in special effects works. In April, Rajinikanth's Kaala opened in theatres postponing the release of 2.0 once again. Now, the film is expected to release on November 29 this year.

Hi everyone.. atlast the vfx companies promised the final delivery date of the vfx shots. The movie will release on nov 29th 2018.#2Point0pic.twitter.com/ArAuo5KxM7

2.0 is set after the events of Enthiran and in the film Chitti and Dr Vaseegaran reunite to fight a common enemy - Dr Richards, played by Akshay Kumar. Though Akshay is the film's principal antagonist, actor Sudhanshu Pandey plays the role of Shahrah Bohra, son of Vaseegaran's mentor-turned-foe Dr Bohra (Danny Denzongpa), who was killed by Chitti.

The music for 2.0 is composed by AR Rahman and the film also features Amy Jackson and Adil Hussain.