ICYMI: This Is How Much Fun Big B, Jaya Bachchan, Aishwarya And Aaradhya Had At Holi This Year Holi might be over but Amitabh Bachchan's blog entries are giving us major festive feels. The 77-year-old actor posted a set of stunning pictures from the Holi festivities at the Bachchans' residence, a few days ago on his blog, which are trending all of a sudden. We are not complaining because the pictures are just stunning. The lovely Holi album shared by Big B also features Jaya Bachchan, Aishwarya Rai Bachchan and Aaradhya. In his blog entry, Big B also revealed that his daughter Shweta Bachchan Nanda was missing from the festivities because she was travelling. The Badla actor also mentioned that his son and Bollywood actor Abhishek was absent from the festivities as he was busy with the shooting of Bob Biswas in Kolkata. "So in the lawn of Jalsa, and Prateeksha the Holika is burnt with traditional rituals performed about it," read an excerpt from Big B's post.

Check out the pictures shared by Big B here: 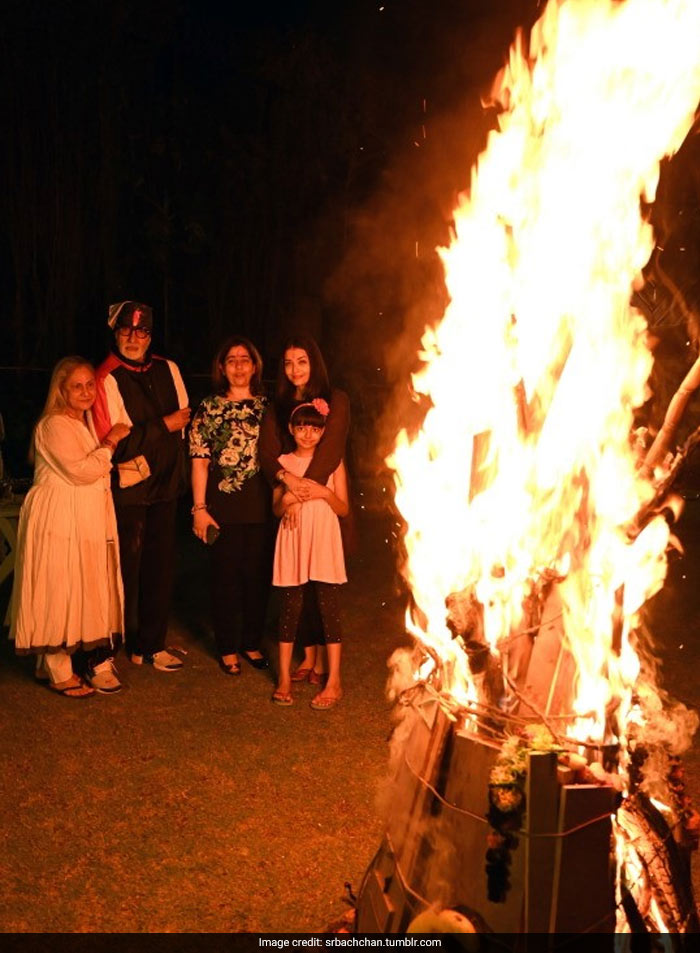 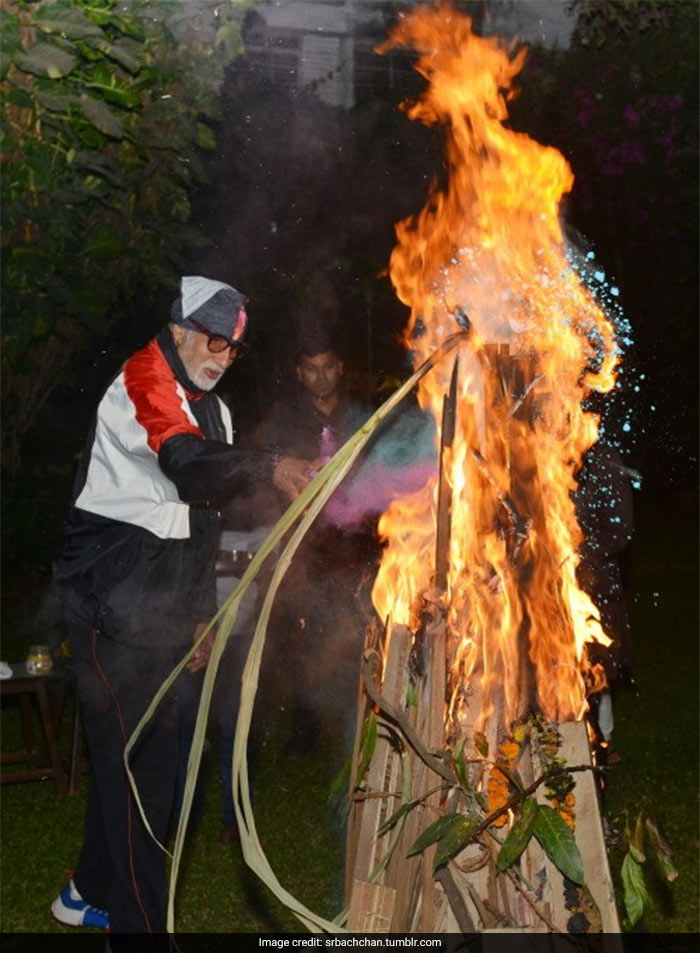 Amitabh Bachchan at the Holi festivities.

No Holi celebrations are complete without gujiyas and Big B took care of that. 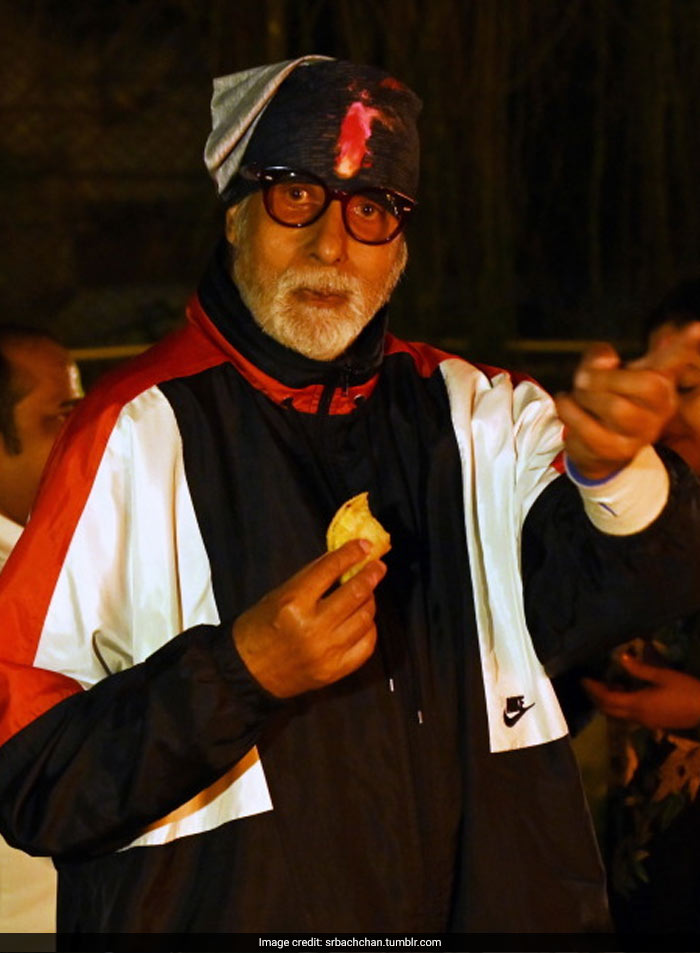 On Holi, Aishwarya Rai Bachchan posted pictures from the festivities along with her daughter Aaradhya on her Instagram profile and she wrote: "Happy Holi to all. Love and light."

A post shared by AishwaryaRaiBachchan (@aishwaryaraibachchan_arb) on Mar 9, 2020 at 9:30am PDT