"I left even before they could say pack-up. Could not stand the place any longer," wrote Anil Kapoor 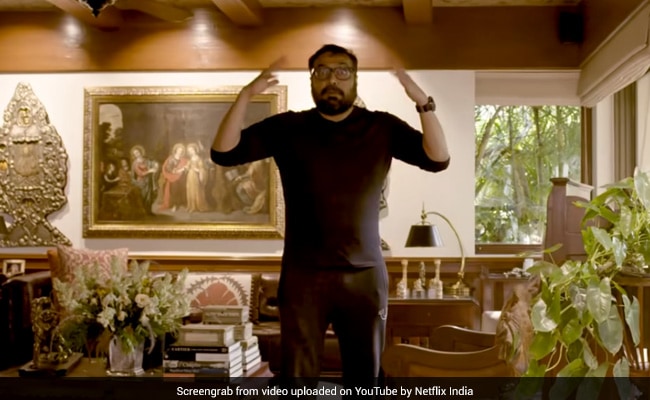 The makers of the upcoming Netflix movie AK vs AK have clearly established one thing - they will not resort to conventional ways of film promotions by any means. The ROFL war of tweets between the titular AKs (Anil Kapoor and Anurag Kashyap) was just one example. The veteran actor and the filmmaker were recently asked to swap houses and what followed was, well, a lot of fun TBH. Anurag Kashyap was thrilled to be at Anil Kapoor's posh bungalow, which had an elevator at the entrance. The filmmaker constantly roasted the actor with Mr India jokes, his box office debacles and more. Anurag Kashyap gave us a tour of Harshvardhan Kapoor's shoe collection, the home theatre and even the washroom. In his Instagram post, he clearly stated the reason he agreed to swap houses and wrote: "My favourite thing about AK is his personality, charm and intelligence. Of course I mean myself. I talk in third person sometimes."

Anil Kapoor obviously gave us a glimpse of Anurag Kashyap's house with white interiors and his much talked about DVD collection and jokingly said that the filmmaker "copy and pastes" his ideas from those films. Then came a few Bombay Velvet jokes, a few about Anurag Kashyap and the financers' relationships. Anil Kapoor's idea behind agreeing for the house swap: "Did this only for the promotion. I left even before they could say pack-up. Could not stand the place any longer."

Too difficult to sum up the house swap in a few works, this video might help:

AK vs AK, a Netflix original, directed by Vikramaditya Motwane, showcases the story of an accomplished director, who kidnaps a veteran Bollywood actor's daughter (in this case, played by Sonam Kapoor), with cameras rolling for 10 hours. The film is slated to release on the streaming giant on December 24.