"My mind was already in such a dark place and I didn't have time for it," said Priyanka Chopra 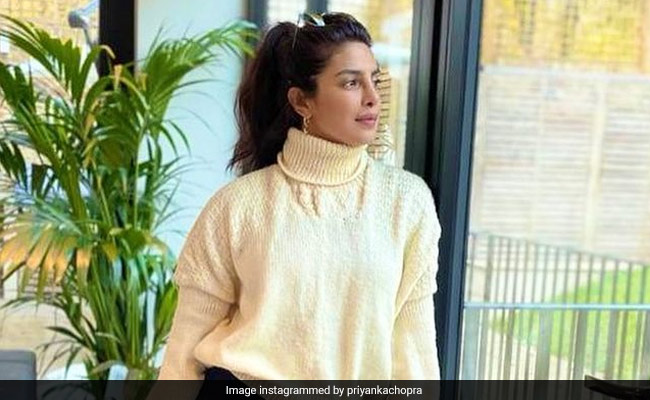 Priyanka Chopra, who was signed as one of Victoria's Secret's ambassadors, in a recent VS Voices podcast, opened up about the notions of beauty and how she was often criticised for the smallest of changes in her appearance. The actress, who was crowned Miss World in 2000, opened up about what she described as a "dark phase" of her life. She said that the criticism about her body weight increased when she hit her 30s. She added that she was constantly reminded of that and was told things like "You are looking different." The actress said during the podcast: "I think over time when my body started changing and I went through that phase when I was eating my emotions, my body started changing, I reached my 30s, I went through struggle because I used to get online grief from people like, 'You are looking different, you are ageing', this and that. It messed with my mind at that time. My mind was already in such a dark place and I didn't have time for it."

She added said during the podcast: "Obviously, being raised in the industry and having such a tight lens on what my shape was, what my figure was or what my measurements were, minutely looking at every part of me, I kind of grew up for a while in my 20s, thinking that was normal. Like most young people, where you think about these unrealistic standards of beauty, which is like, absolutely Photoshopped face, perfect hair. I never used my natural texture for years. I used to always just have blown out hair."

Speaking about the kind of impact it had on her, Priyanka Chopra added, "My relationship with social media changed, my relationship with the internet changed... I incubated myself in a way where I protected myself, I went into my Cancerian self-preservation self and got back into my shell."

About Priyanka's next project Citadel, it is a multi-series with productions from India, Italy and Mexico and it also stars Richard Madden and it will be directed by the Russo Brothers. Citadel is Priyanka Chopra's second project with Amazon Prime Video after announcing the Sangeet Project, a sangeet-themed dance reality show, which she will host with Nick Jonas. Priyanka Chopra was last seen in Netflix's The White Tiger, based on Aravind Adiga's Booker Prize winning novel. She will also be seen in Matrix 4.