I Have A Lot Of Good Offers But I Am Still Very Greedy: Neena Gupta

"I also have the second season of 'Panchayat', 'Masaba Masaba' and a film on organ donation, where I play the main part," said Neena Gupta 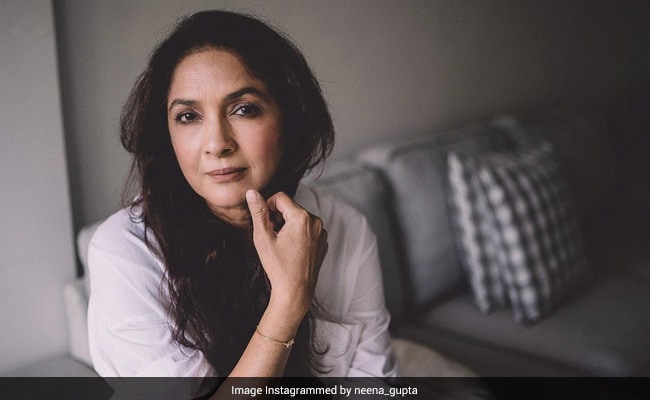 Veteran actor Neena Gupta is on a roll in her second innings in the Hindi film industry with acclaimed performances in movies like Mulk, Badhaai Ho!, and web series Panchayat, and hopes she continues to get good roles in the journey ahead.

The 62-year-old actor, who will next be seen in Dial 100, says the upcoming crime thriller gave her an opportunity to play an interesting role.

Directed by Rensil D'Silva, the film is a story of a police officer Nikhil Sood (Manoj Bajpayee), who receives a call on the police helpline from a distressed woman (Gupta), who wants to commit suicide. The call puts him in a difficult situation as the woman takes his wife (Sakshi Tanwar) and son hostage.

Gupta, one of the most sought after actors in the industry today, said she is "grateful" for all the roles coming her way.

"I am very grateful that I am getting such nice parts. I am shooting for this film called 'Shiv Shastri Balboa' with Anupam Kher and again, I have a very different role."

"I also have the second season of Panchayat, Masaba Masaba and a film on organ donation, where I play the main part. I have a lot of good offers but I am still very greedy," the National Award winner told PTI in an email interview.

The intriguing plotline and her role attracted her to "Dial 100, though she had initially turned down the project.

"The casting agent had told me that it is a revenge kind of a role, so I had said no because I don't do negative roles. Then I spoke to the producer and he told me about my role. It was very different from what I have done so far, that's why I said yes to it."

The National School of Drama graduate said she is grateful to the director for giving her the correct note to play the character of Seema Pallav.

"An actor often does different kinds of roles, not necessary that whatever role you do you have gone through that emotion or phase. I have done a mother's part when I was not a mother.

"So when I was giving my first shot I asked Rensil if I can do it this way or that way, he suggested this particular sur (tone) and I followed that throughout the film," she said.

Gupta also dished out some secrets about her acting process.

"My funda is very clear, you mean your lines, listen to your co-actor's lines and that is the crux of everything. You need to be focused, concentrate and your body language is also very important. If I can do all these things with complete focus, then the work is done," she explained.