Designer Masaba Gupta, who is busy with the shooting of Masaba Masaba 2, managed to scoop some time out of her schedule and interacted with her Instafam through an Ask Me Anything session. She was asked by an Instagram user: "What is the one thing that you didn't know from Neena ji's book Sach Kahun Toh?" Masaba replied: "I didn't know that she did not have any money when she had me, when I was born and I didn't know she had no money to pay even for my birth, which was a C-section so that was really heartbreaking." 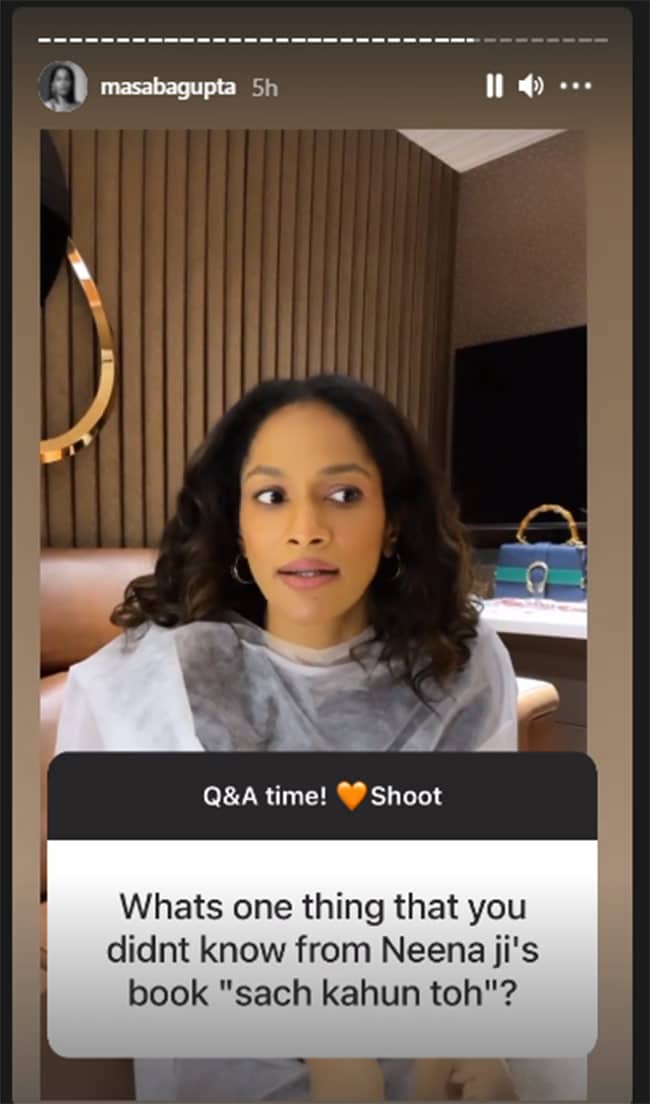 In her memoir, Neena Gupta  recalled not being able to afford a Caesarean section. She only had enough money in her bank to pay for a natural birth which cost about 2,000 then. "As my due date approached, I started to worry because I had very little money in my account. I could afford a natural birth because it would cost only 2,000. But I knew if I had to have a C-section, I would be in trouble because the surgery cost almost 10,000. Luckily, a tax reimbursement of 9000 came through a few days before my delivery and I finally ended up with 12,000 in my bank account," the excerpt from her book read.

She also starred in Amazon Prime Video's web-series Panchayat and Netflix's Masaba Masaba, in which she featured along with her daughter and designer Masaba Gupta. She was last seen in Sardar Ka Grandson, featuring Arjun Kapoor, Rakul Preet Singh, Aditi Rao Hydari and John Abraham. The film is streaming on Netflix.