"Had put on some kilos in these months for obvious reasons," wrote Hina Khan 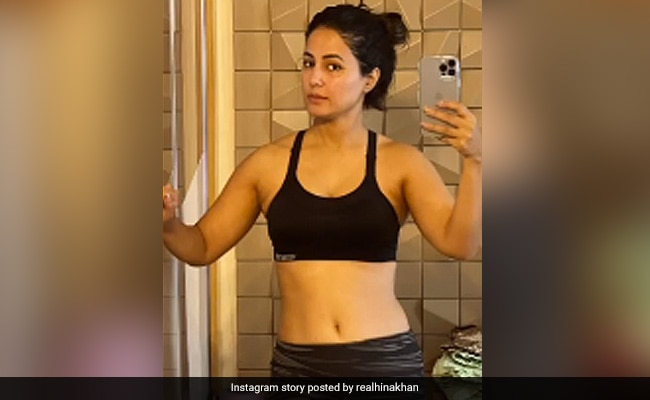 TV star Hina Khan shared a mirror selfie of what she described as her "work-in-progress" body. The actress wrote about her weight gain and added that she chose to focus on her mental health instead of her appearance and she wrote in the post: "Had put on some kilos in these months for obvious reasons and I really did not pay attention to how many kilos I put on... My mental health was way more important and I just wanted to be, wanted to do things that make me happy. Sometimes let yourself be, enjoy the little things. Do what you like without thinking about what people will say or how I am looking. After all one needs to be in the right frame of mind to do anything in life. And I chose mental health, my well-being, over my physical appearance. Now here I am, back in action." 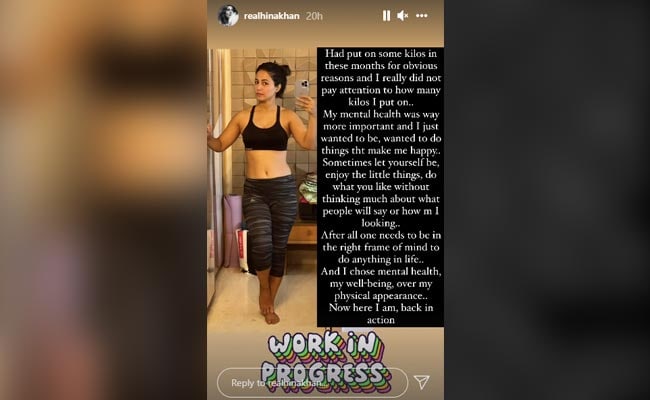 "You Will Be So Missed": F.R.I.E.N.D.S Stars Pay Tributes To James Michael Tyler