"I remember I could not crack a project because I didn't look Kashmiri enough," Hina Khan said in an interview 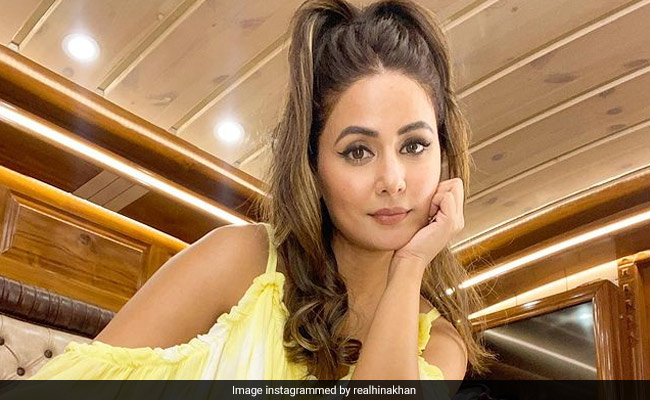 Actress Hina Khan, for whom giving up is just not an option, opened up about dealing with failures in her career in an interview with E Times recently. Without divulging details, Hina Khan revealed that she was once rejected for a role of a Kashmiri character because of her skin tone. Hina Khan, who hails from Kashmir, was evaluated to be too "dusky" for the part and the makers needed someone "extremely fair". "I can't talk about the project, but I remember I could not crack a project because I didn't look Kashmiri enough. I am Kashmiri and I can fluently speak the language but I didn't get cast because my complexion is dusky and I am not extremely fair," E Times quoted her as saying.

Hina Khan recalled that she was affected by the rejection, which was on the basis of her physical appearance. But Hina Khan being herself, knew just how to move on: "That's what the team and character demanded. I really felt bad. When you know the language so well, probably you could have worked wonders in that character, but I didn't get cast only because I don't look Kashmiri. I never lose hope, I don't give up. I keep trying!"

Hina Khan was part of Bigg Boss 14 this year, which was entered as a "Senior". She shot to fame with her role as Akshara in the popular television show Yeh Rishta Kya Kehlata Hai. She was also a part of the renewed version of Kasautii Zindagii Kay 2, in which she played the antagonist Komolika. Hina Khan was also seen in a brief appearance in the TV show Naagin 5, in which she starred as the titular shape shifting serpent. She also participated in television reality shows like Khatron Ke Khiladi season 8 and Bigg Boss 11. Hina Khan last starred in the web-series Damaged 2 and was last seen in Wish List, which she also produced.

When Rubina Dilaik Is On Vacation, Expect Full-On "Craziness." See Pics From Maldives