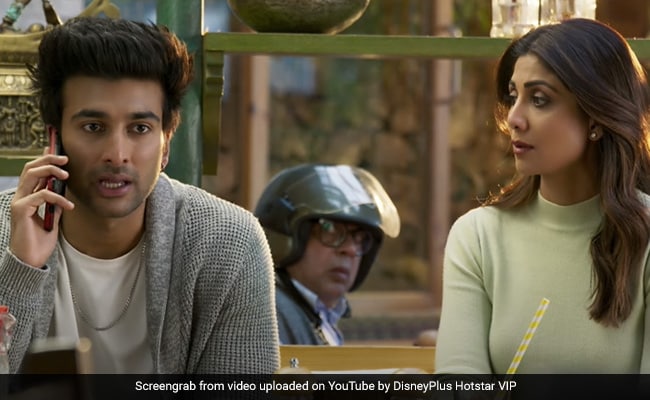 Hungama 2 trailer: A still from the film. (Image courtesy: YouTube)

The trailer of Hungama 2 is finally here. Shilpa Shetty ends her 14-year sabbatical with Priyadarshan's Hungama 2, a sequel to his 2003 film Hungama. The film also stars Paresh Rawal, Meezaan Jaaferi, Pranitha Subhash, Johny Lever, Rajpal Yadav and Ashutosh Rana. Shilpa Shetty features as the glamorous wife of Paresh Rawal's character Radheshyam Tiwari, who is suspicious that his wife is having an affair with a young man (played by Meezaan). Paresh Rawal reprised his role as Radheshyam Tiwari from the 2003 film. Hungama 2 trailer shows Meezaan's character trying to clear the confusion that he is the father of his college sweetheart's baby girl with the help of Shilpa Shetty.

It's double the fun, double the madness, double the hungama to tickle your funny bones! Streaming from 23rd July. Only on Disney+ Hotstar VIP!https://t.co/89xMyGFd3u

Hungama 2 will premiere on Disney+Hotstar on July 23.

Check out the trailer of Hungama 2 here:

Hungama was the remake of the 1984 Malayalam film Poochakkoru Mookkuthi.

Hungama 2 marks Shilpa Shetty's first film after 14 years. She was last seen in the 2007 film Apne.