Shilpa Shetty, Back On Hungama 2 Set, Pays An Ode To "OG Queen" Helen 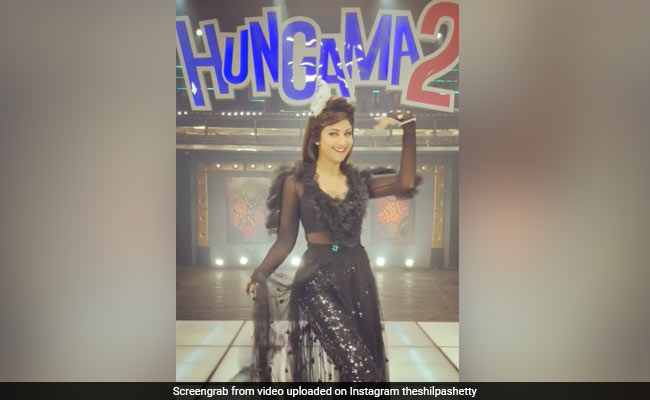 Shilpa Shetty is a still from the video. (Image courtesy: theshilpashetty)

Shilpa Shetty is back on the sets of her work-in-progress film Hungama 2. The actress, who took a COVID-19 test before resuming the shoot, shared a special post from the film's set on Wednesday - an ode to veteran actress, or should we say cabaret queen Helen. Shilpa Shetty, dressed as a cabaret dancer, can be seen grooving in the clip. We can see the poster of Hungama 2 in her background. "Back on the sets... COVID tested. Hungama 2 in retro vibes. An ode to the OG queen #helenji," Shilpa Shetty wrote in the caption. Check out her post here:

Helen is regarded as one of the top best dancers of her time. Her dance performances in movies from 1950-1980 fetched her the Cabaret Queen title. She got her major break at the age of 19 when she performed to the track Mera Naam Chin Chin Chu from Shakti Samanta's 1958 film Howrah Bridge.

About Hungama 2, the film is directed by Priyadarshan and also stars Paresh Rawal, Meezaan Jaaferi and Pranitha Subhash. Last year, Shilpa shot some sequences of the film in Manali.

The film is a sequel to Priyadarshan's 2003 film Hungama.