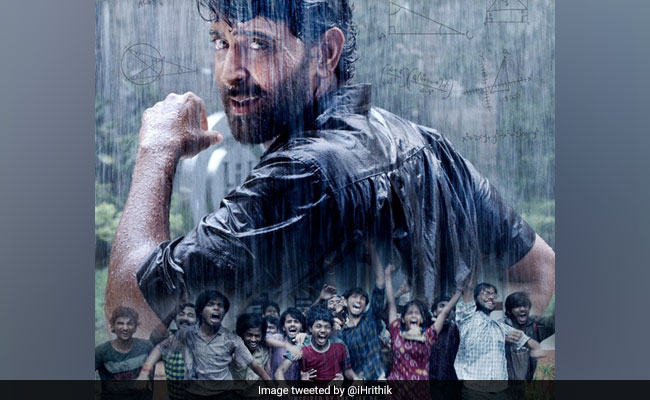 Hrithik Roshan recently shared a new poster of his upcoming film Super 30, which is all set to release on July 12. Sharing the poster Hrithik also mentioned that the trailer of the film will release on June 4. The film is a biopic on Patna-based mathematician Anand Kumar and Hrithik plays his character in the film. In the poster, we can see a still of Hrithik Roshan from the film merging with the still of many boys and girls, who will play as the students in the film. After a lot of back and forth, the film makers have decided to release the film on July 12. Before this, the film was supposed to release on July 26, which was clashing with Kangana Ranaut's Mental Hai Kya. Reliance Entertainment had tweeted about the release date of Super 30 and wrote: "Arriving early! Super 30 will be releasing on July 12."

Here is the poster of Super 30 shared by Hrithik Roshan on his Twitter:

The Queen actresses' film, which is produced by Ekta Kapoor's Balaji Telefilms said that the film had been rescheduled due to better business growth. Balaji Motion Pictures had Instagrammed in their official account and clarified the reason behind the change of release date of the filmMental Hai Kya.